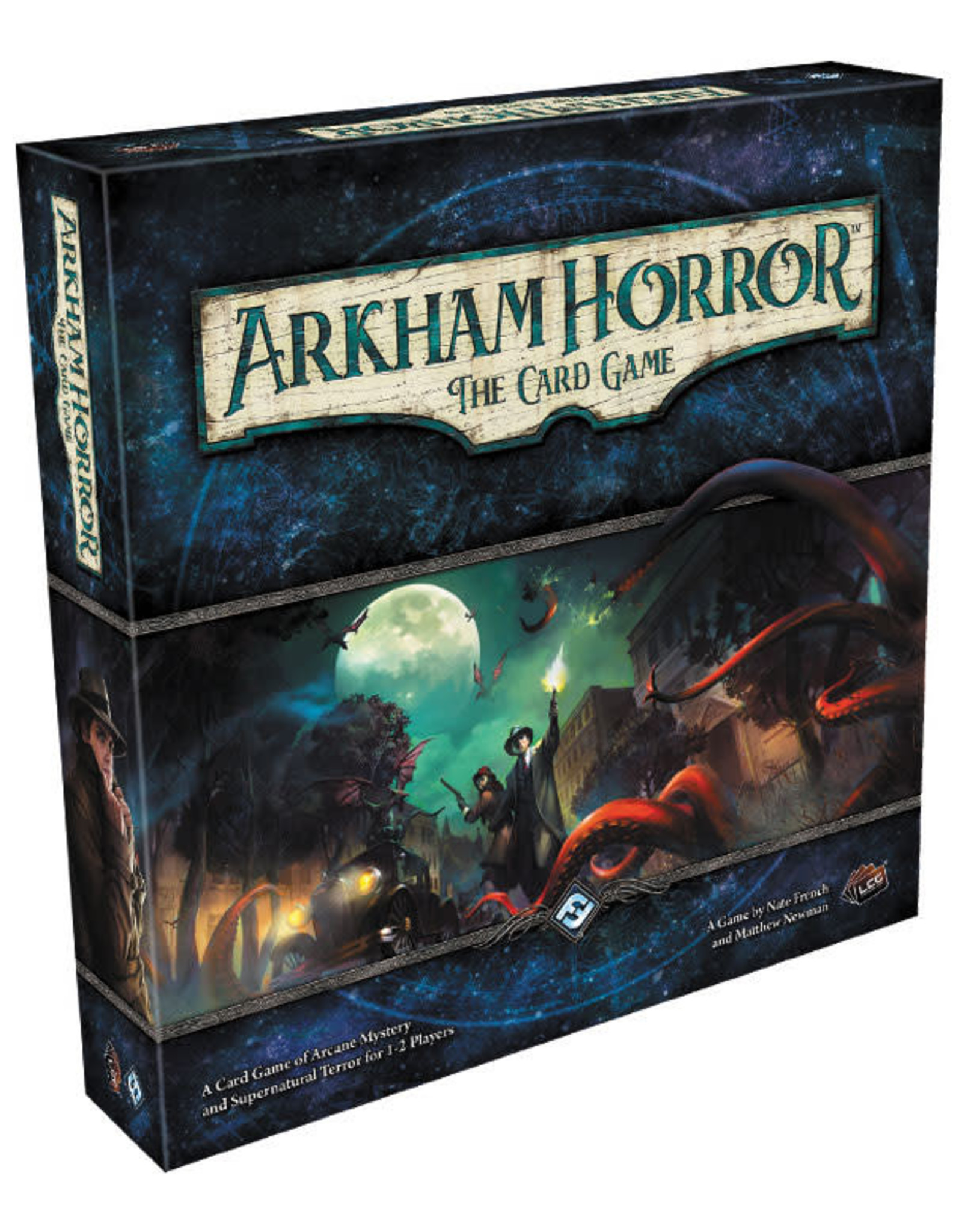 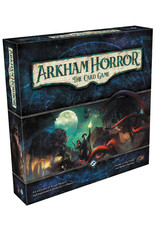 The boundaries between worlds has drawn perilously thin! In Arkham Horror: The Card Game, a cooperative Living Card Game set amidst a backdrop of Lovecraftian horror, as the Ancient Ones seek entry to our world, one to four investigators work to unravel arcane mysteries and conspiracies. Their efforts determine not only the course of your game, but carry forward throughout whole campaigns, challenging them to overcome their personal demons even as Arkham Horror: The Card Game blurs the distinction between the card game and roleplaying experiences.

"The Arkham Horror Core Set comes with a couple ready to play chapters for two players; however, a second core set can be purchased to play with up to four players. For me personally, this game combines two of my favorite things in the world--deckbuilding and roleplaying. The game recommends that for your first play through, one person plays as Roland Banks, the hard-boiled FBI agent, and that the other person plays as Wendy Adams, the tough little urchin. In my first play through, I played Roland and my partner played Wendy, and I ended up losing my sanity by the end of the first scenario, while the small child was just fine. At the start you are given the recommended deck lists for each character, but there is some room for tinkering once you've played a couple times or progressed through a few scenarios. The game does have several expansions that continue the main story, as well as expansions that act as side stories or one shots. Each game is a race against the clock, as your goal is to progress through the act deck, which progresses the protagonists' agenda, while also trying to not allow doom tokens to accumulate on the agenda deck, which represents the Cthulhuian horrors' goals. For any fan of horror and roleplaying, this game is probably one of the best out there for simulating the experience of being part of such a world.

Who is this for? Any fan of horror, storytelling, and roleplaying, who might also like some fun deckbuilding/deck management as well.

The game's learn to play manual is pretty straight forward; however, if you're ever stuck, I recommend going to the forums on Board Game Geek to look for answers."