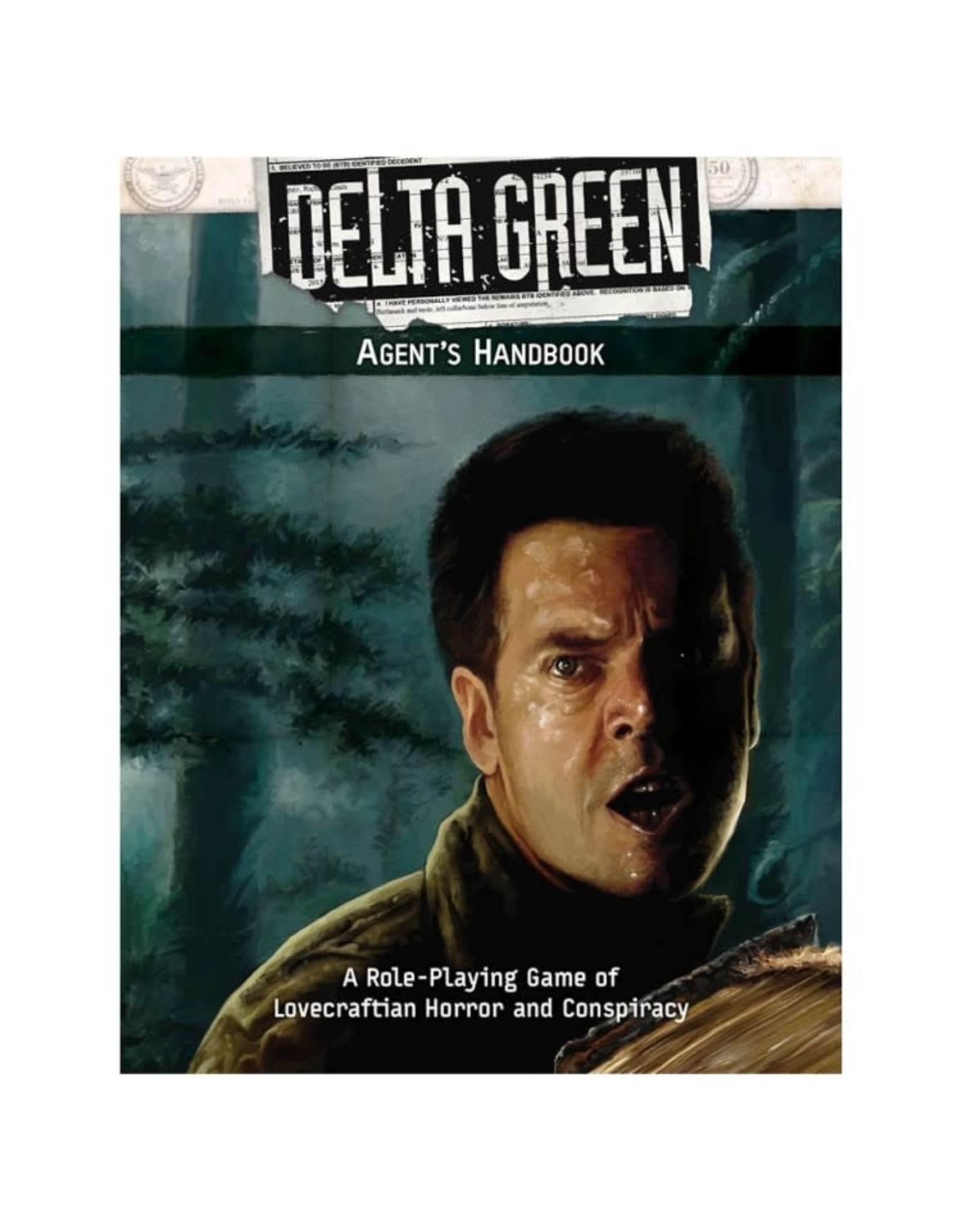 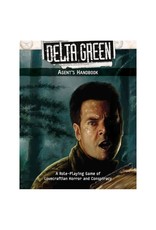 WELCOME TO THE APOCALYPSE. Born of the U.S. government's 1928 raid on the degenerate coastal town of Innsmouth, Massachusetts, the covert agency known as Delta Green spent four decades opposing the forces of darkness with honor, but without glory. Stripped of sanction after a disastrous 1969 operation in Cambodia, Delta Green's leaders made a secret pact: to continue their work without authority, without support, and without fear. Delta Green agents slip through the system, manipulating the federal bureaucracy while pushing the darkness back for another day-but often at a shattering personal cost. In Delta Green: The Role-Playing Game, you are one of those agents!
The AGENT'S HANDBOOK is a players-only core rulebook of DELTA GREEN: THE ROLE-PLAYING GAME. This new incarnation of the award-winning DELTA GREEN game line includes: Rules for creating agents, with dozens of professions from throughout the U.S. government and the civilian world. Rules for tense, fluid investigations. Players who use their agents' skills in clever ways have the best chance to succeed and survive. Nerve-wracking rules for combat, where random disasters can undo the most careful planning and the human psyche is as vulnerable as the body. Mind-melting Sanity rules, which see agents gradually and inevitably deteriorate from too much exposure to trauma-and sometimes snap in an instant from overwhelming terror. Rules for "home" scenes where players can see what their agents are fighting for Intuitive rules for equipment and assets, which let you determine on the fly whether something is available without having to plan it out ahead of time. Dossiers of the federal agencies most likely to be featured in Delta Green games, focusing on the details players want to know when they play their agents. Terrifying full-color illustrations by co-author Dennis Detwiller.