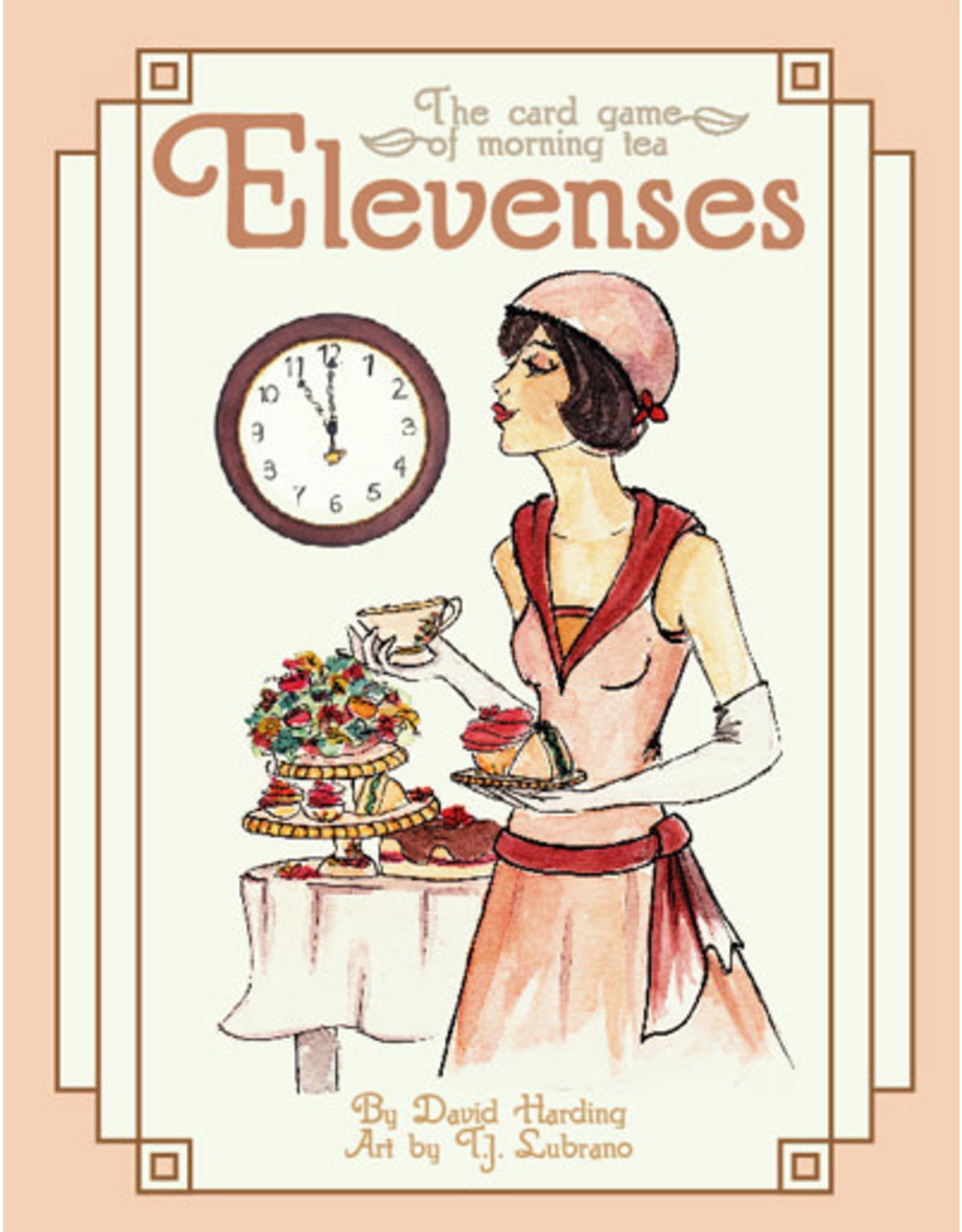 Elevenses is a card game in which respectable 1920s socialites strive to serve the finest morning teas!

Each player starts the round with an identical set of 11 morning tea cards. Each card has a point value as well a special action which must be carried out when it is played. The lower the point value of a card, the better its power is. The powers lead to surprising interactions between the players! Cards must also be played to a specific position on the table. When most cards are played, the player will pick up the card that was previously in its position, requiring you to plan your morning tea carefully!

The round ends when a player plays the ‘Elevenses’ card. It’s time for tea! The players compare the value of their cards. Points are awarded to the highest scoring morning teas. The game continues until a player has 5 or more points. She has served the finest morning teas of all and wins the game!