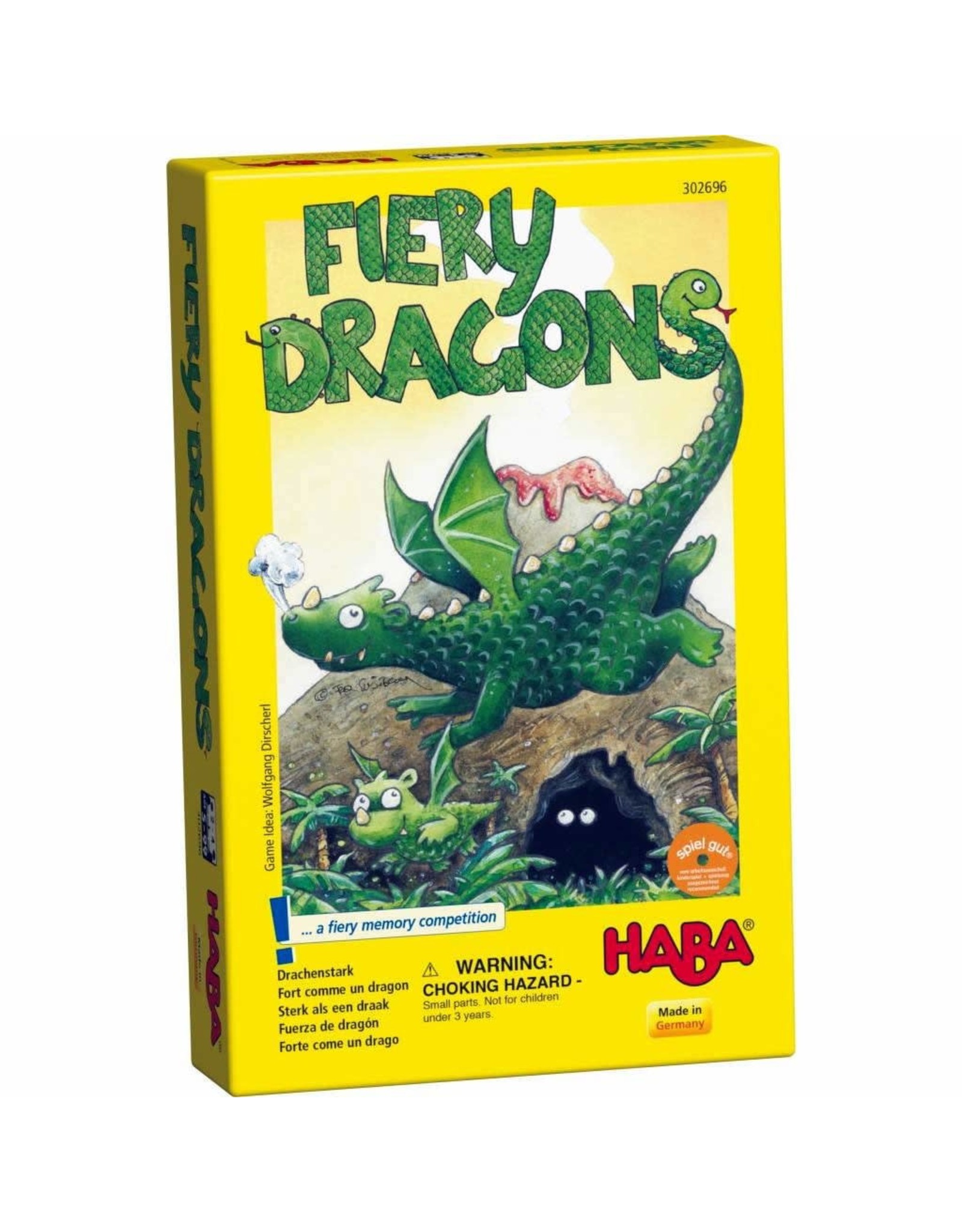 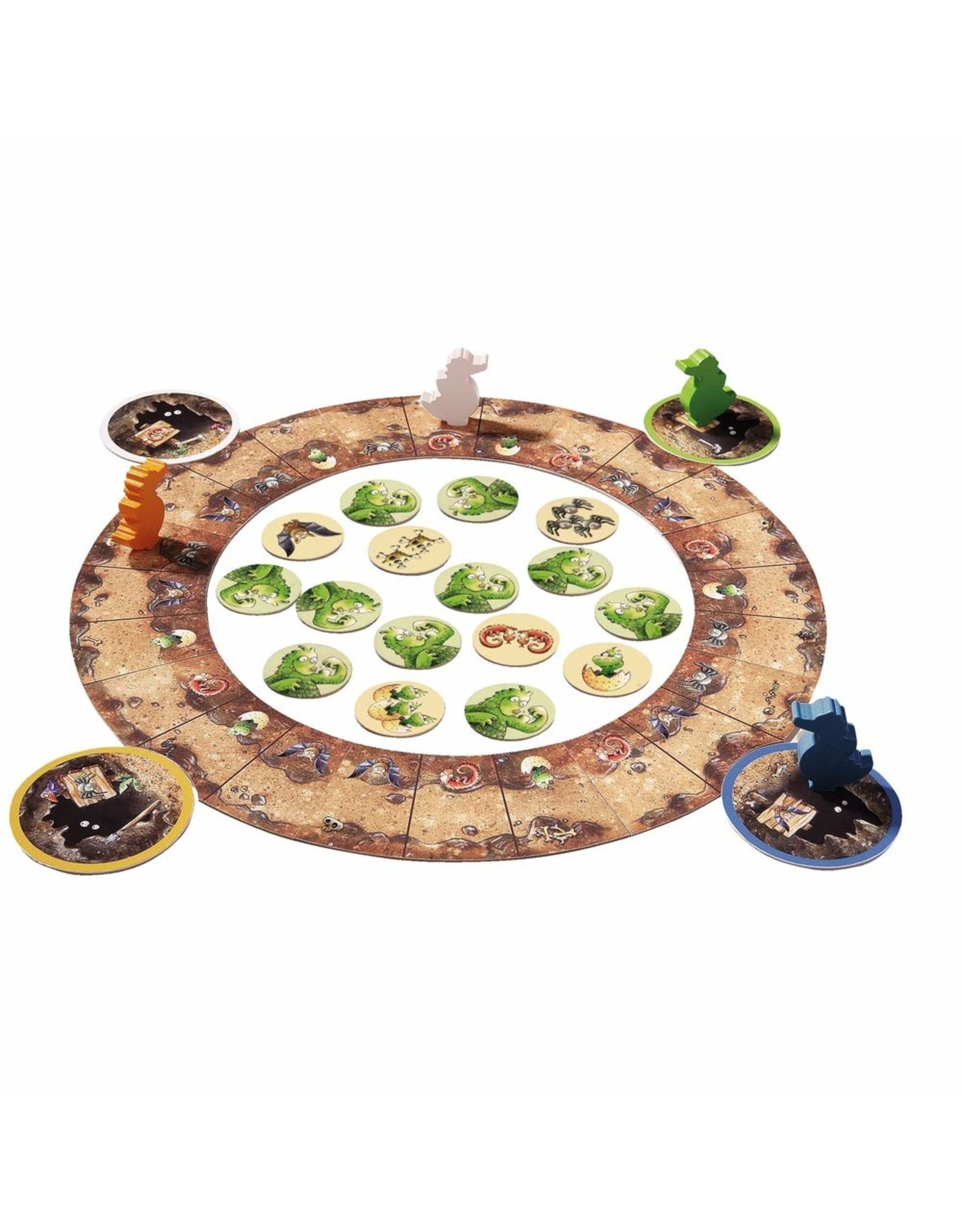 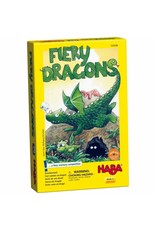 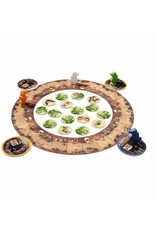 Courageous baby dragons race around the bubbling volcano. Whichever dragon has a good memory, goes around the volcano, and is able to reach their cave first with an exact move, is the winner. Each player starts his baby dragon in another cave. The active player tries to uncover a chit with the kind of symbol shown on the field he's standing on. If he fails, his turn is over.If he draws a pirate dragon, he even must move back. If he succeeds, he moves forward up 1, 2, or 3 spaces (depending on the chit), and continues with his turn.