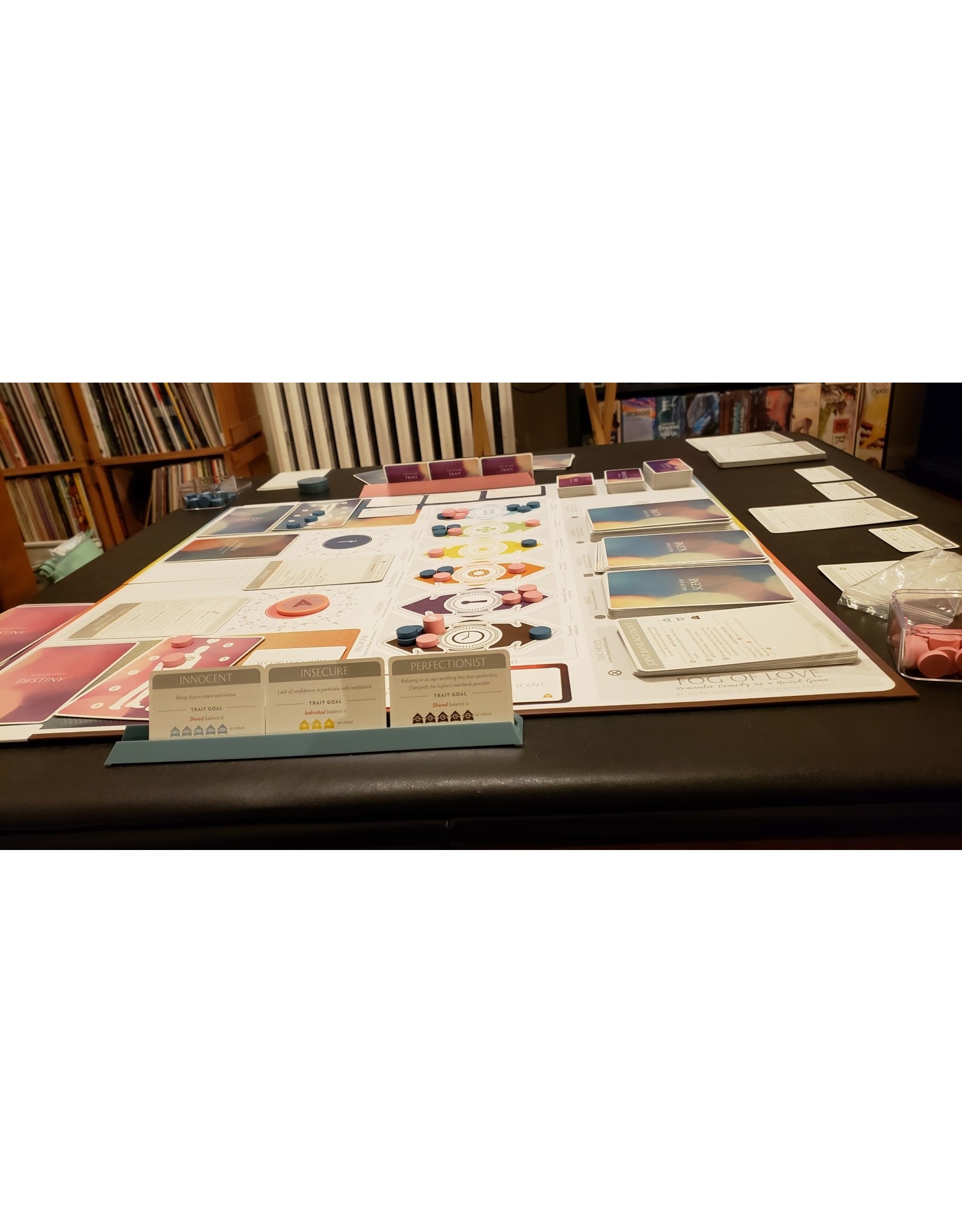 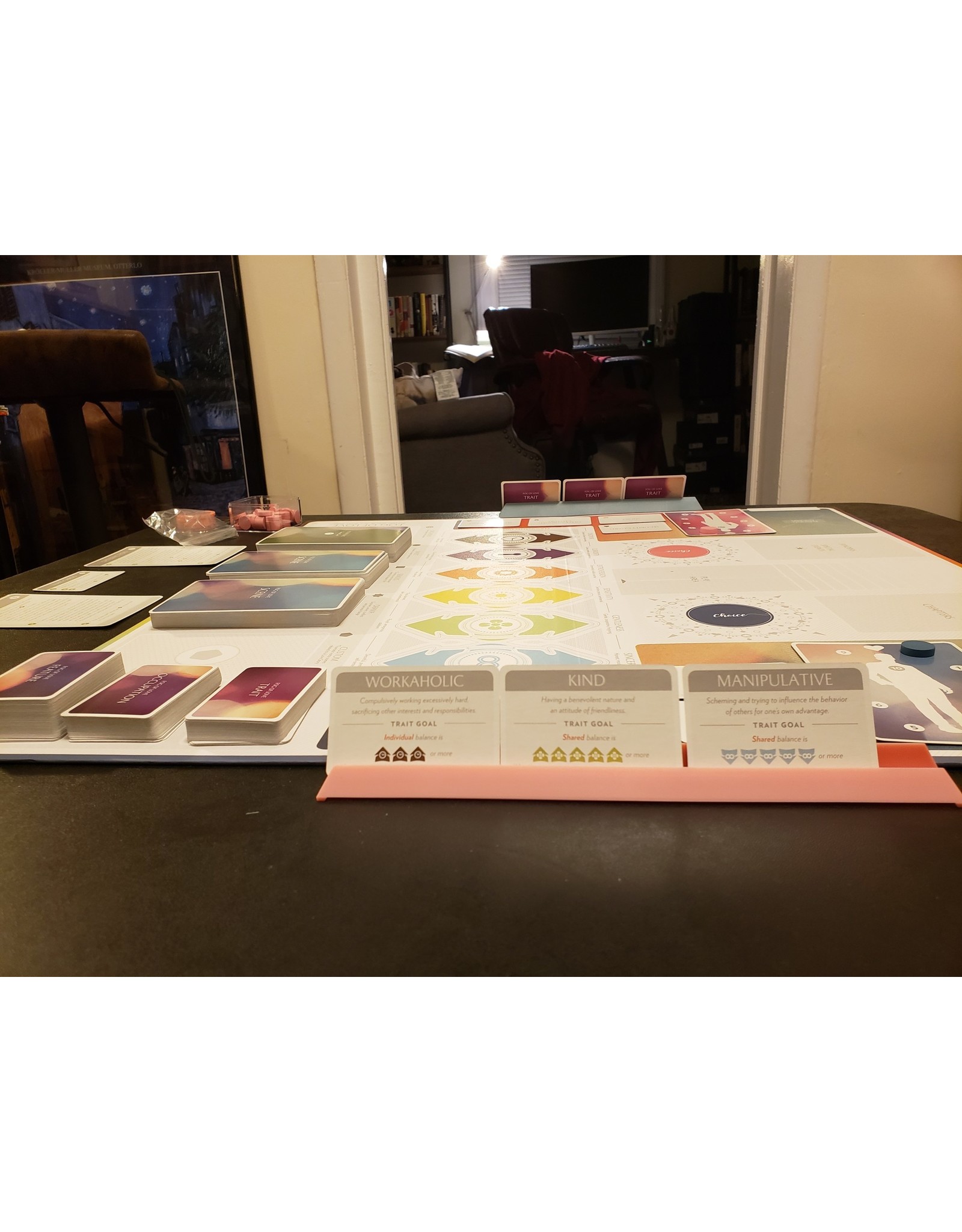 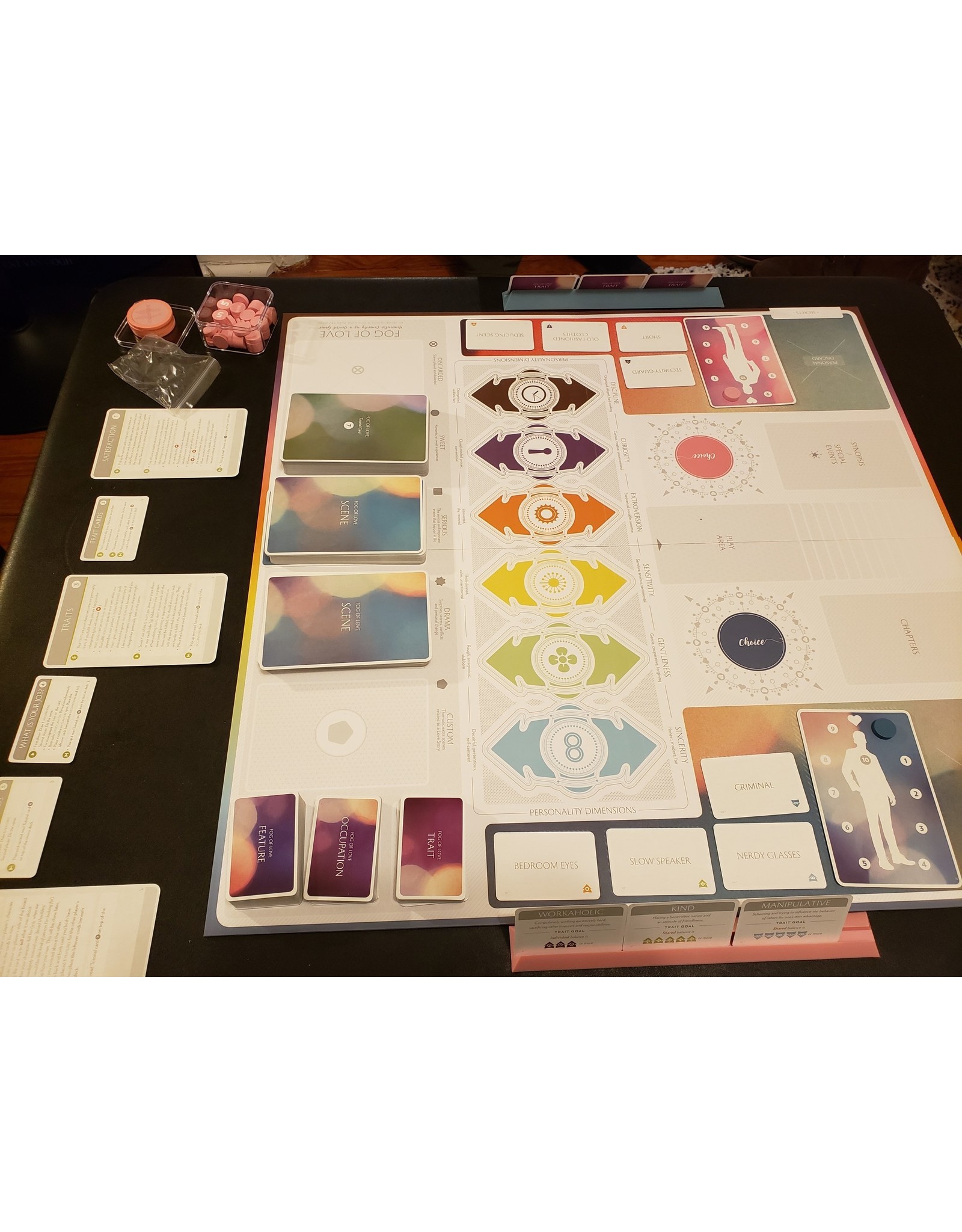 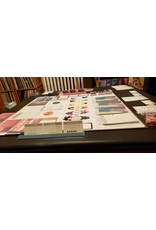 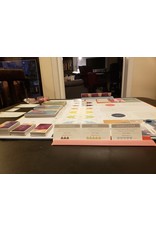 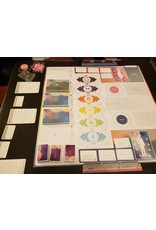 Fog of Love is a game for two players. You will create and play two vivid characters who meet, fall in love and face the challenge of making an unusual relationship work.

Playing Fog of Love is like starring in a romantic comedy, it’s a rollercoaster ride of awkward situations, laugh out loud moments and difficult compromises you have to make.

Just like in a real relationship, you each might want different things. Do you stay true to yourself, or do what your partner wants for the good of the relationship? You can even decide to break their heart.

There’s no guarantee it will end happily ever after, but you will always get a story full of surprises that will make you smile.

“Fog of Love is a 2 player only game that is great with spectators, in which two players take on the role of two unique characters, who players then role play as throughout the rest of the game. It honestly contains one of the most effective and helpful tutorials I’ve encountered in a game before. It’s laid out in such a way that the game is play ready almost immediately out of the box. The components have a satisfying heft and substance, and so does the gameplay. It is a roleplaying game with some mild bluffing and/or social deduction elements that uniquely simulates what an evolving relationship narrative actually feels like for those involved. Players will simultaneously balance their personal individual goals as well as shared relationship goals, which are determined by trait cards that are hidden from their partner. Players are able to achieve these goals through the decisions that the game will present to them in different scenes. The game is structured by a specific Love Story’s chapters, and for each chapter a certain number of scenes occur before the next chapter begins (everything is clearly marked on the cards in this regard). Each player gets a hand of scene cards that they choose from on their next turn to start a new scene. The decisions in these scenes affect things like a player’s satisfaction score, where they place a personality token to keep track of what sort of decisions they’ve made, as well as sometimes forcing players to reveal hidden information to each other. I am really in love with this particular title.

Who is this for? Anyone looking to share an extremely unique board gaming experience with someone, whether they’re your romantic partner or a platonic one. I’d definitely play with friends too, and especially with spectators because the decisions you have to make sometimes are just hilarious or heartbreaking, as the case may be. Also, the game has several expansions, so there will be plenty of content for several rounds of unique and interesting stories.

Who is this not for? If roleplaying puts you off, then this may not be for you because it is a significant part of the gameplay. Also, if you’re not amenable to the whole romantic comedy concept, then some of its charm might be lost on you; however, I will say that it doesn’t feel as much like a closed circuit as the average romantic comedy (saying this as a fan of the genre, mind you).”