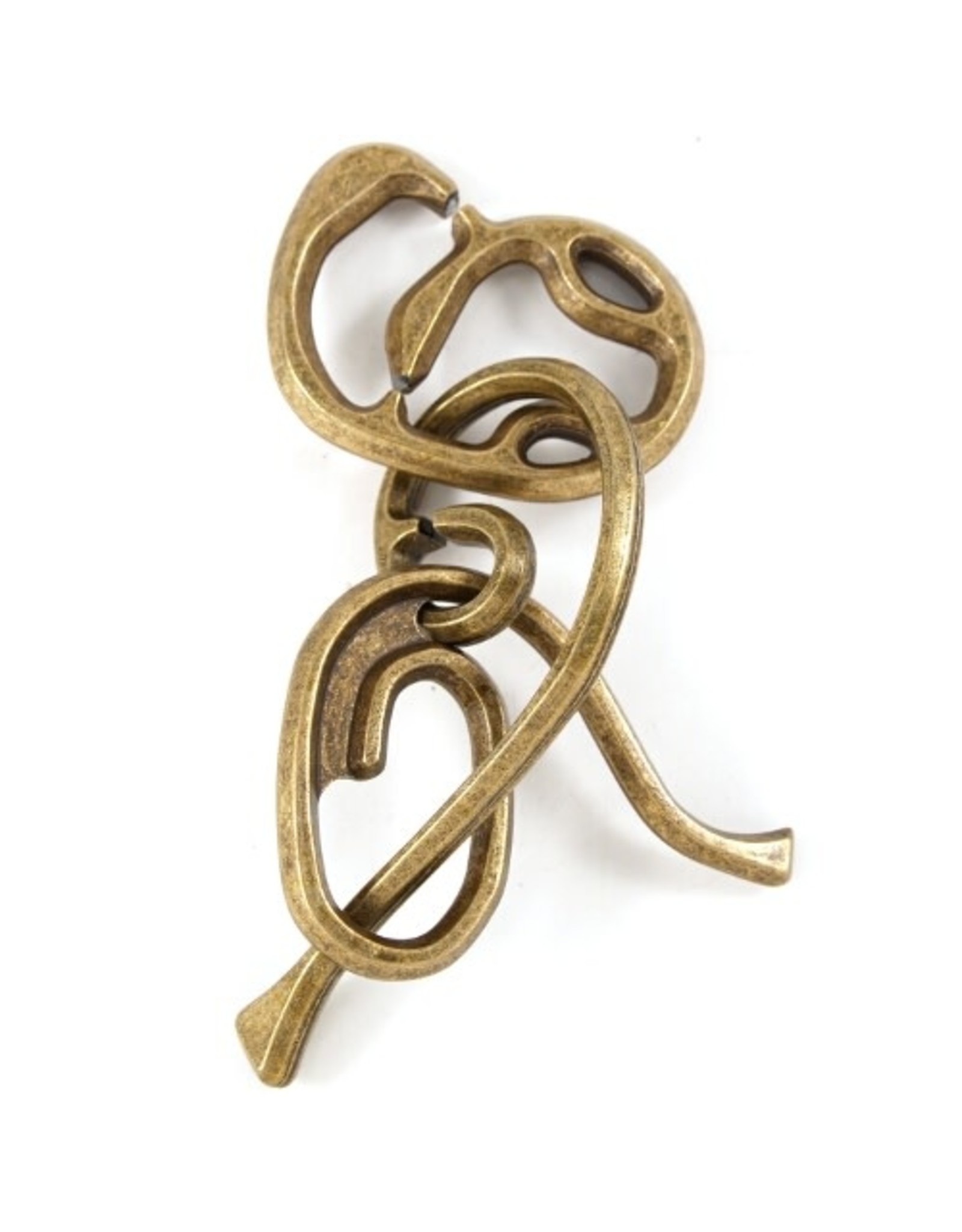 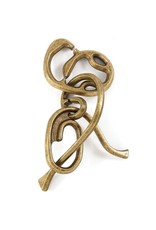 "Patented in America in 1975, the somewhat swirled pieces of this puzzle by Eldon Vaughn must be disjoined and then put back together. I once found a smaller version of this puzzle about twenty years ago in America, but considered it impossible to solve at the time. We have made a new version maintaining the difficulty of the original and licensed it for the Cast Puzzle series. This is without a doubt among the most difficult of all puzzles. The key word is 'twist.' Don’t use too much force… the pieces should just slide apart.' -Nob Yoshigahara, 2004 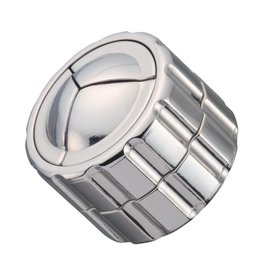 As the name implies, there is a trick hidden inside the cylinder puzzle. There is absolutely no hint or clue on how to start from the outside appearance. If there is one hint that we can provide, it is to go about it as if you were cracking open a safe.
Add to cart
Hanayama Cylinder 4
$12.99 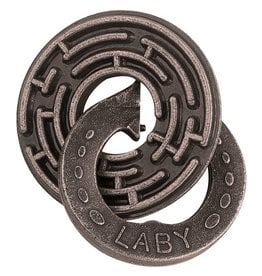 "At the end of the 19th century, Britain experienced a huge puzzle craze. I managed to pick up a number of the puzzles famous during that period in flea markets, despite their rarity. Based on these original puzzles from Britain’s famous puzzle period, th
Add to cart
Hanayama Labyrinth 5
$12.99 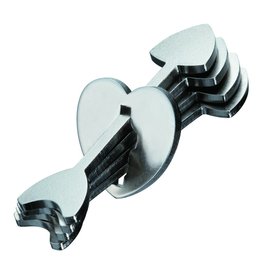 Designed with 4 arrows stuck in a heart, is it love, or a prank by Cupid? Please look carefully at each arrow and pull it out of the heart. Once removed, can you return them? Designed by a new Russian puzzle designer, Andrei Ivanov. He credits the inspira
Add to cart
Hanayama Arrows 3
$12.99 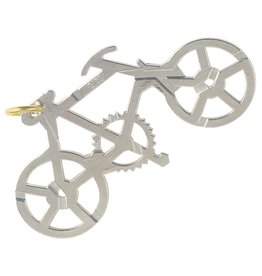 "This puzzle, created and patented by John R. Lynn, gathered a lot of attention in America back in 1898. Using a gimmick/principle similar to those used in the ABC Cast Puzzle, this one has the same kind of labyrinth-like flow. Since we weren’t able to re
Add to cart
Hanayama Bike 1
$12.99 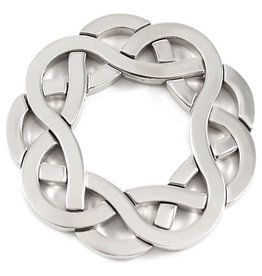 Serhiy Grabarchuk is a famous Ukrainian puzzle designer who lives in Uzhgorod. The puzzle depicted on the piece of drawing that he sent looked like a strange adornment weaved into a "coiffure" design. If you put a glass carefully onto the completing puzzl
Add to cart
Hanayama Coaster 4
$12.99 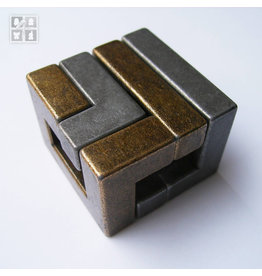 It appears like a box-like lump with a hole in it, but is actually comprised of two coiled up virtually identical pieces. You must try to take it apart by sliding and rotating the pieces. Although the pieces are angular in shape, they can be rotated in un
Add to cart
Hanayama Coil 3
$12.99 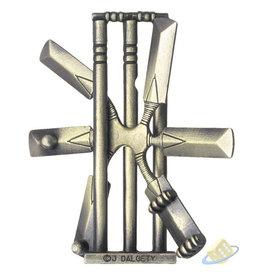 "This puzzle, utilizing pieces resembling equipment used in the sport cricket, can be traced back to a puzzle patented in England back in 1898. The world’s only remaining original version of this puzzle is part of the personal collection of my close Briti
Add to cart
Hanayama Cricket 2
$12.99