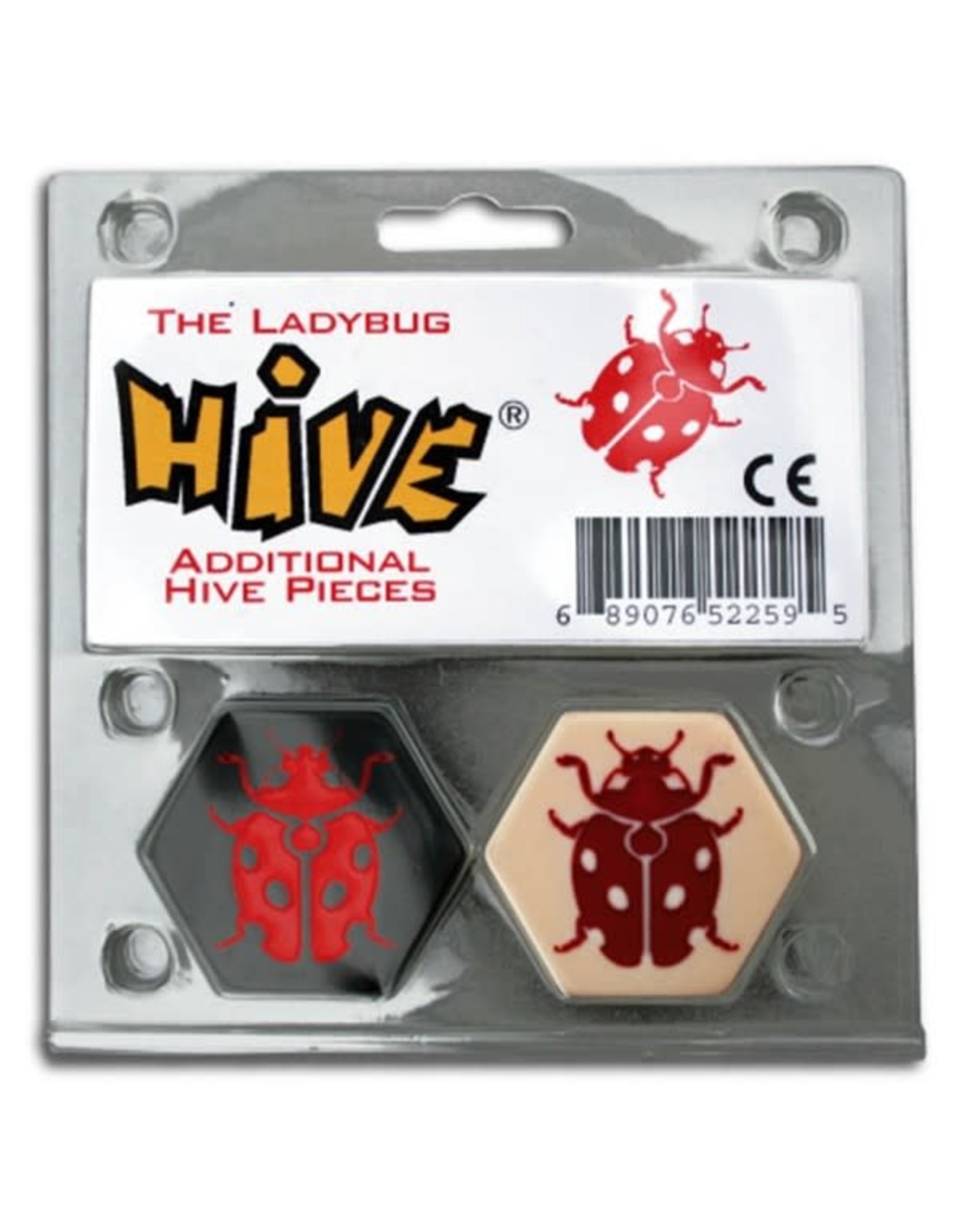 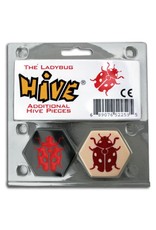 The Ladybug moves three spaces; two on top of the Hive, then one down. It must move exactly two on top of the Hive and then move one down on its last move. It may not move around the outside of the Hive and may not end its movement on top of the Hive. Even though it cannot block by landing on top of other pieces like the Beetle, it can move into or out of surrounded spaces. It also has the advantage of being much faster. The expansion consists of two game pieces (one each for the black and for the white player), to be used in addition to the pieces of the base game.
*This is an expansion. Base game must be used to play* 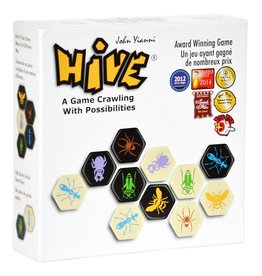 The soldier ants battle to keep control of the outside of the hive, whilst the Beetles climb up to dominate the top. Spiders moving into holding positions as the Grass Hoppers jump in for the kill. Keeping one eye on the hive and the other on your opponen
Add to cart
Hive
$34.95 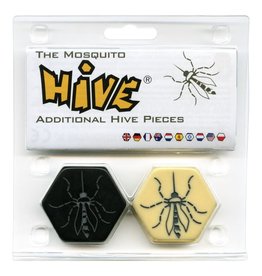 The Mosquito pieces can be added to a standard Hive set before the start of the game giving each player 12 pieces to play with. During the game, they are placed in the same way as the other pieces. Once in play, the Mosquito takes on the movement characte
Add to cart
Hive Mosquito Expansion
$11.10