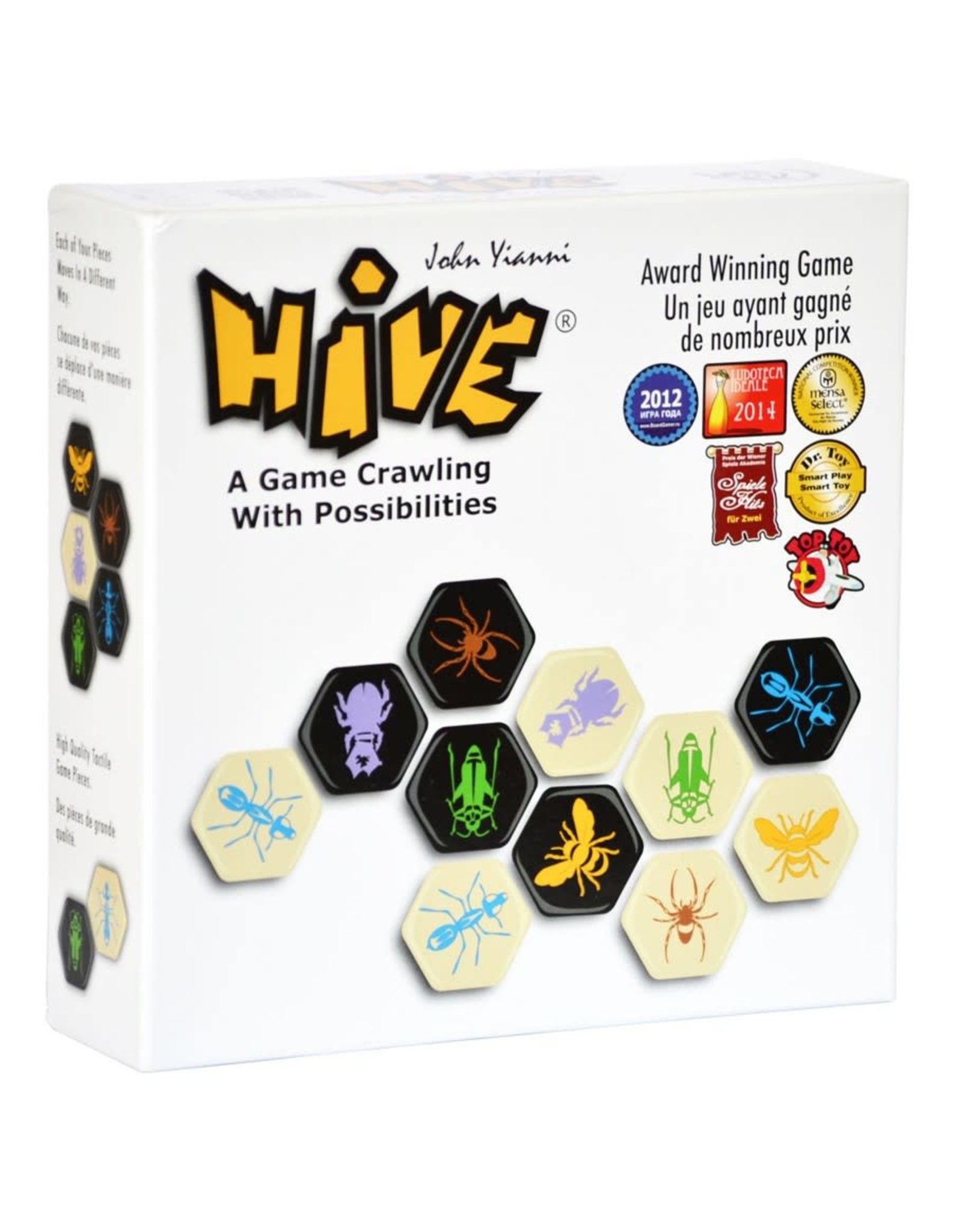 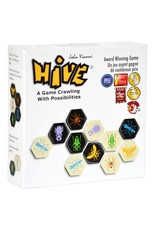 The soldier ants battle to keep control of the outside of the hive, whilst the Beetles climb up to dominate the top. Spiders moving into holding positions as the Grass Hoppers jump in for the kill. Keeping one eye on the hive and the other on your opponents reserves, the tension builds as one wrong move will see your Queen Bee quickly engulfed .... game over!

With no setting up to do, the game begins when the first piece is placed down. As the subsequent pieces are placed this forms a pattern that becomes the playing surface (the pieces themselves become the board). Unlike other such games, the pieces are never eliminated and not all have to be played.