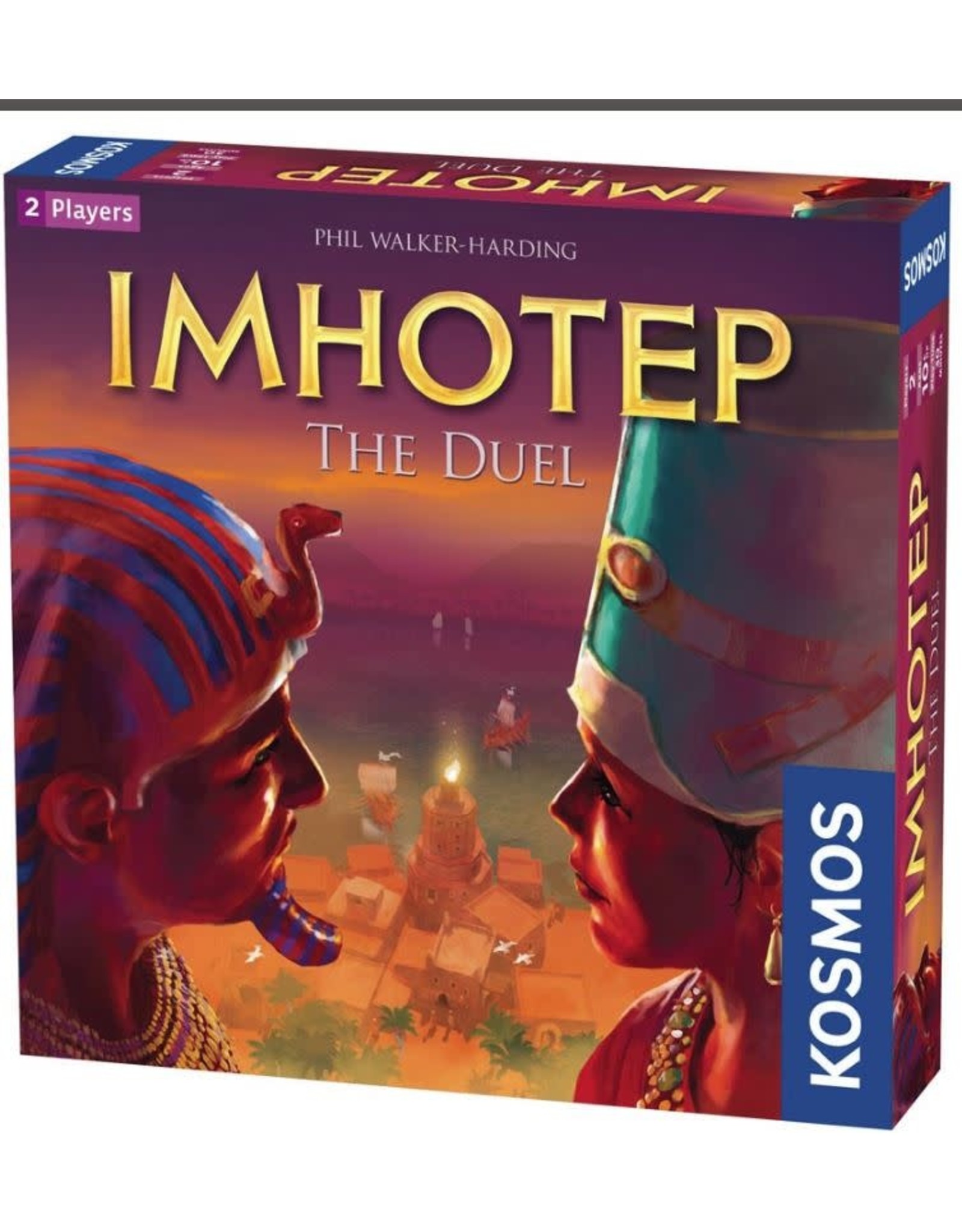 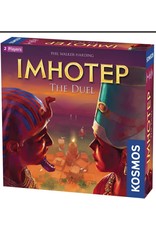 The competition of the builders continues in Imhotep: The Duel! In this game, players take on the role of Nefertiti and Akhenaten, one of Egypt’s most famous royal couples. Much like the original, players will seek glory by building monuments to outshine their opponent. Game pieces must be cleverly placed so that players can unload the most valuable tiles from the six boats at a time that suits them best. While this is happening, each player builds their own four monuments in order to gain as many fame points as possible.

Building further on the mechanics that made the original game so fast-paced and competitive, Imhotep: The Duel focuses the rivalry down to two opponents leading to a tight, ruthless head-to-head game for both players. Watch your rival’s moves carefully in order to outwit them and become the greatest monument-builder in all of Egypt!