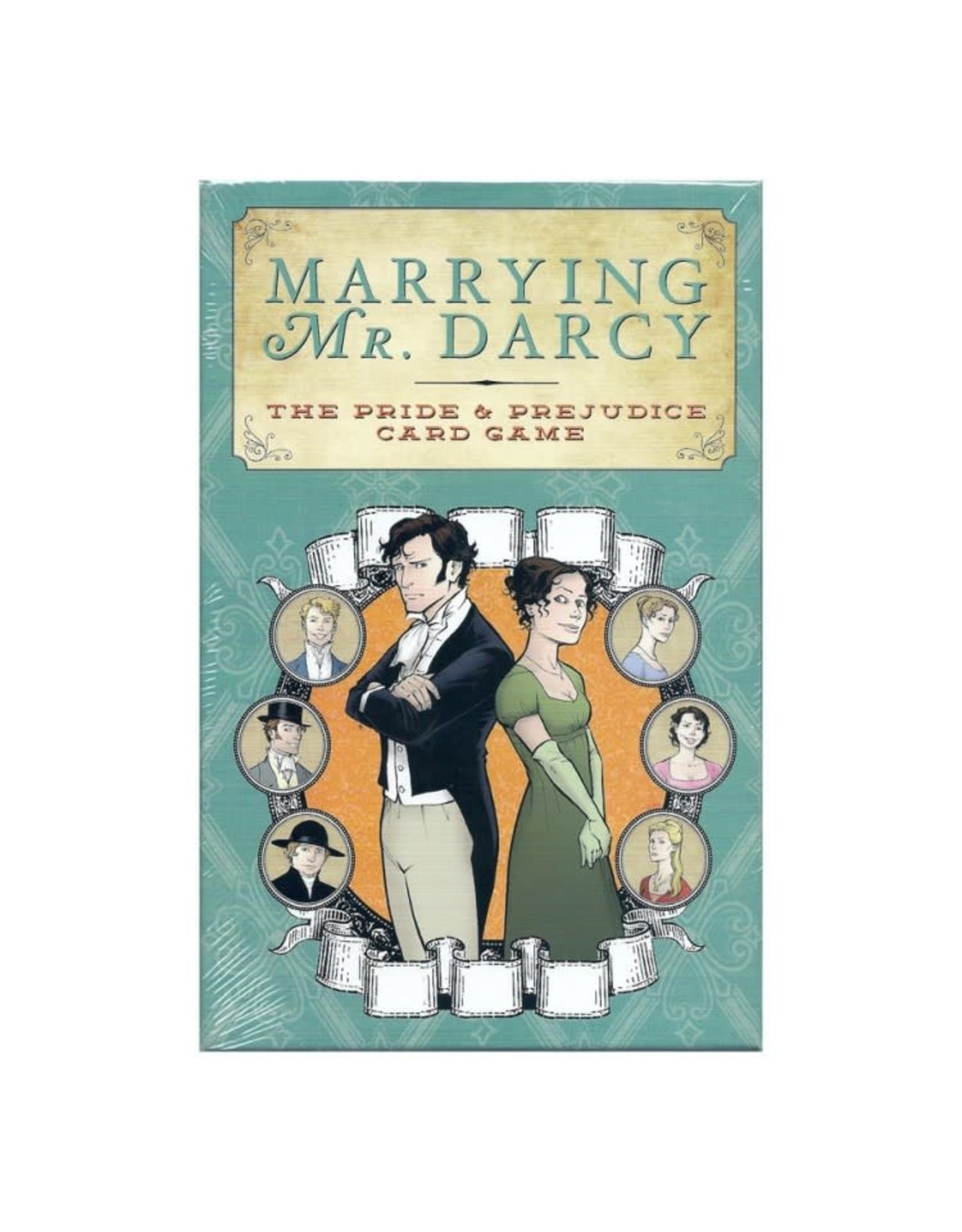 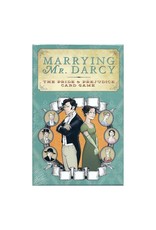 Marrying Mr. Darcy is a role-playing game where players are one of the female characters from Jane Austen's novel Pride and Prejudice. Players work to improve themselves and become more desirable as potential wives for the available Suitors. The ladies do this by attending Events and improving their Characters, but advantage can be gained by the use of Cunning. All of their efforts are in hopes of securing the husband that will make them the most satisfied character at the end of the game.

Game play is divided into two stages: the initial Courtship Stage and the concluding Proposal Stage.

The Courtship Stage is when players try to improve their Heroine's chances of happiness by earning points playing Character Cards, and acquiring or playing Cunning Cards. Character Points help you to attract Suitors and also count toward your total number of Character points at the end of the game. Cunning Points do not count towards your building your Character. However, the Heroine who has acquired the most Cunning will be the first player to enter the Proposal Stage later in the game, putting her at a significant advantage.

The Proposal Stage begins when Event Cards have been played. In this stage, players will roll to see which Suitor proposes to them, decide if they will marry them, and calculate their final score.

"Marrying Mr. Darcy is a fantastic romp for any BBC or Jane Austen fan and really brings the atmosphere of Pride & Prejudice alive. Each player plays as one of the heroines of Pride & Prejudice, each of whom begins with certain starting traits. For those characters who are less naturally endowed with beauty, brains, or fortune, there are also special abilities that allow them to gain an advantage (I'm looking at you Kitty, Lydia, and Mary). Through a series of events, you will attempt to attach new trait cards to your heroine, making her eligible for as many bachelors as possible; however, some events and some of your opponents' choices may force you to discard trait cards as well, so be wary. The game highlights the cattiness and the silly nature of love and marriage during Austen's time period, while being humorous and enjoyable for anyone from your mom to your friends. For instance, if you don't accept any proposals during the Proposal Phase or if no one proposes to you, then you must roll in the Old Maid chart, which still gives you a chance of winning (a very Jane Austen thing to allow for).

Who is this game for? If you are a big Jane Austen fan, then this game is a must have. The strategy is not super difficult, and the game is a light, airy, clever romp among Austen's world.

Who is this game not for? If you're looking for a crunchy game full of literary references, then this might not fit the bill. I'd recommend looking at Nanty Narking instead."