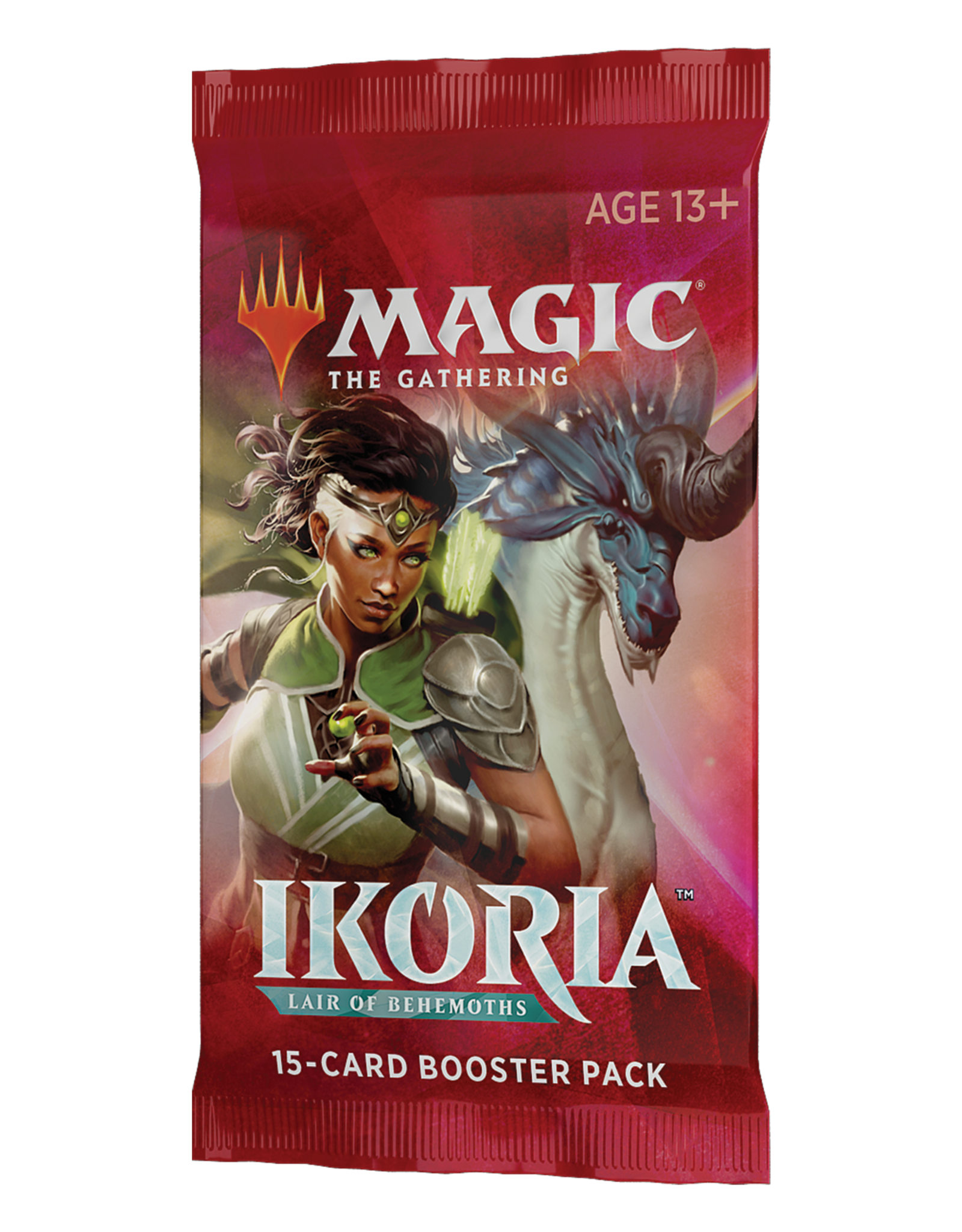 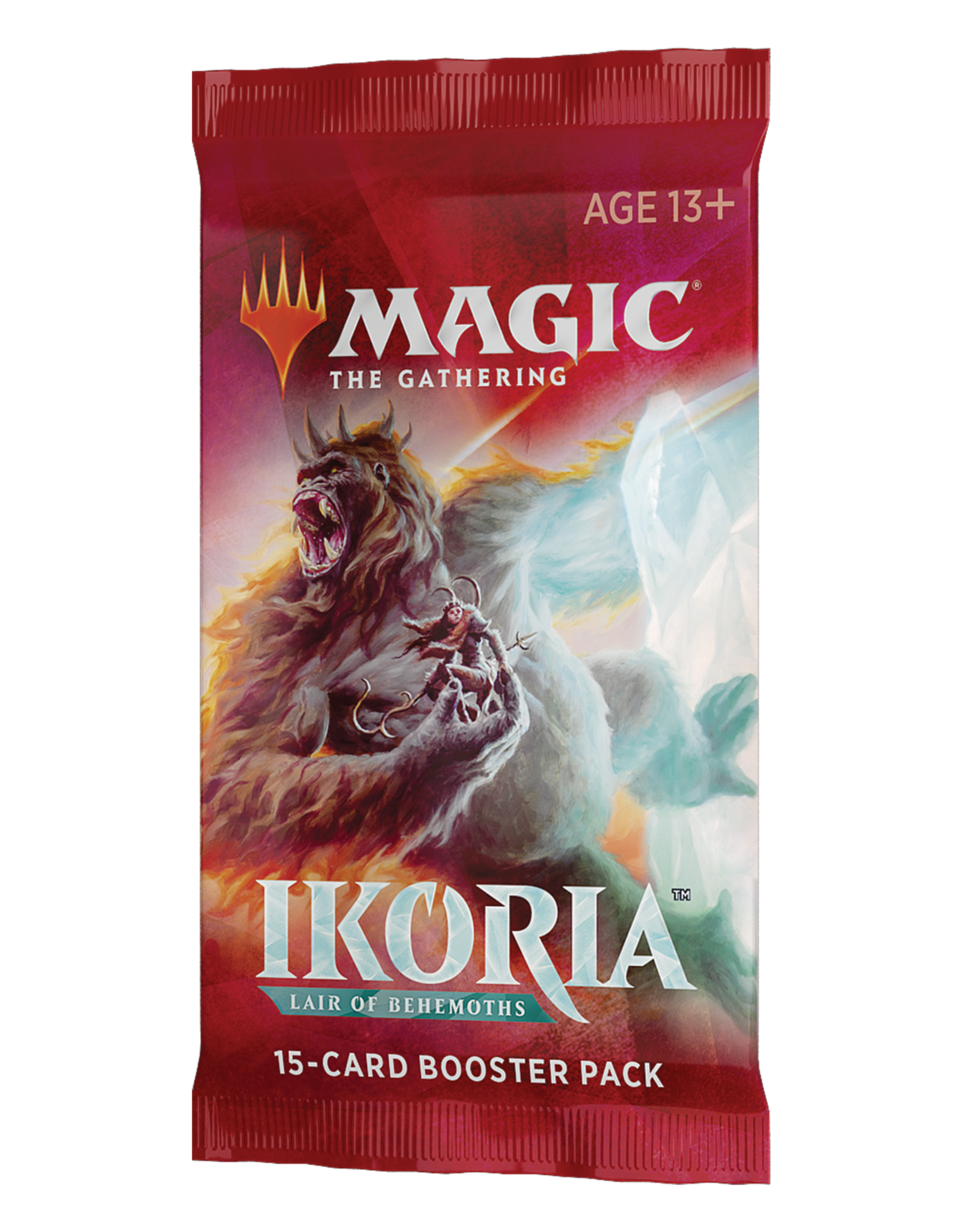 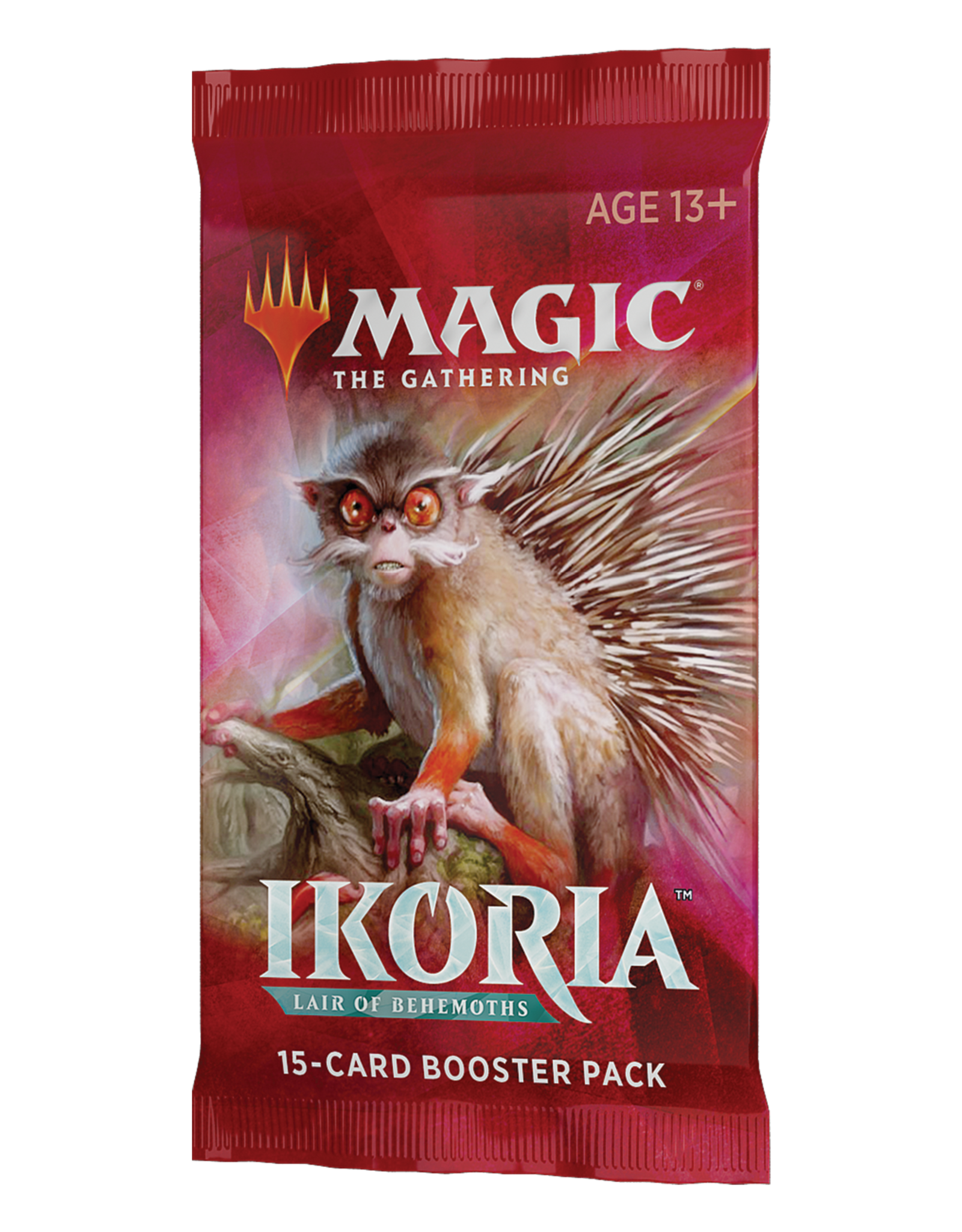 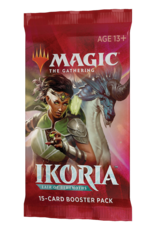 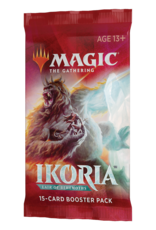 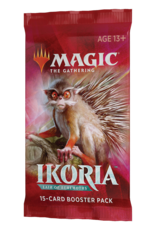 Draft Boosters are the backbone of Magic. They’re the basis of Limited formats like Booster Draft and Sealed Deck, and they’re great for players looking to build a unique collection of cards for Constructed formats. New and experienced players alike enjoy tearing into a Draft Boosters to discover which new cards they’ll add to their decks.

About Ikoria: Lair of Behemoths

Battle your way through the plane of Ikoria with monster-themed mechanics that grow your creatures, build your bond, and crush your opponents.

Mutate: Cast a spell for its mutate cost, then put it over on under a target non-Human creature you own. They mutate into the creature on top plus all the abilities of the creature under it.

Companion: Before each game begins, you may select one card with the companion mechanic. If your starting deck meets the conditions on that card, you may cast it once from outside the game.

Keyword Counters: Train and grow your monsters in line with your strategy with keyword counters like first strike, trample, menace, and more monstrous effects.

Add your review
0 stars based on 0 reviews
Ikoria / 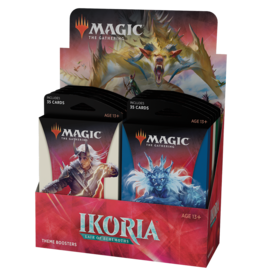 Ikoria: Lair of Behemoths Theme Boosters are perfect for players looking to expand their collection with a specific strategy in mind.

These larger booster packs are full of cards all based on a single theme, like a color or color pair—and, for Ikoria,
Add to cart
MTG IKO Theme Booster
$6.99 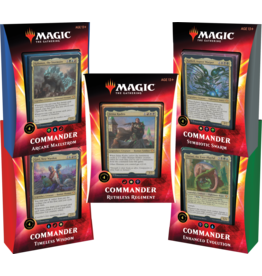 For Commander (2020 Edition), Magic is trying something new: the Commander decks align with Ikoria: Lair of Behemoths. 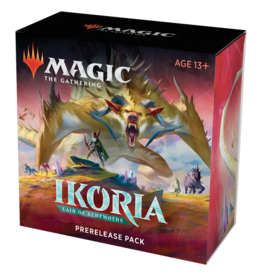 The Ikoria: Lair of Behemoths Prerelease Pack gives players a sneak peek at the new set during Prerelease events. Since we can't run any in-store events for this release, we are making these packs available for purchase online. 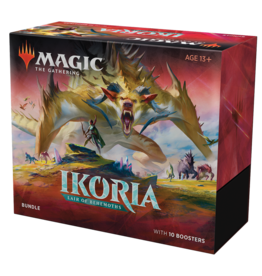 Bundles are a great way for players to fully immerse themselves in the new set and update their decks for the new Standard environment. With plenty of lands and Draft Boosters, plus a life counter and reference cards, the Bundle also makes a great way for
Add to cart
MTG IKO Bundle
$39.99 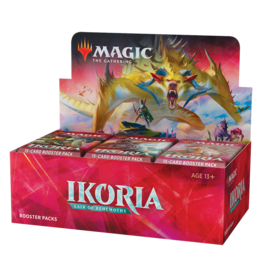 Draft Boosters are the backbone of Magic. They’re the basis of Limited formats like Booster Draft and Sealed Deck, and they’re great for players looking to build a unique collection of cards for Constructed formats. New and experienced players alike enjoy
Add to cart
MTG IKO Draft Booster Box
$162.00
$121.50