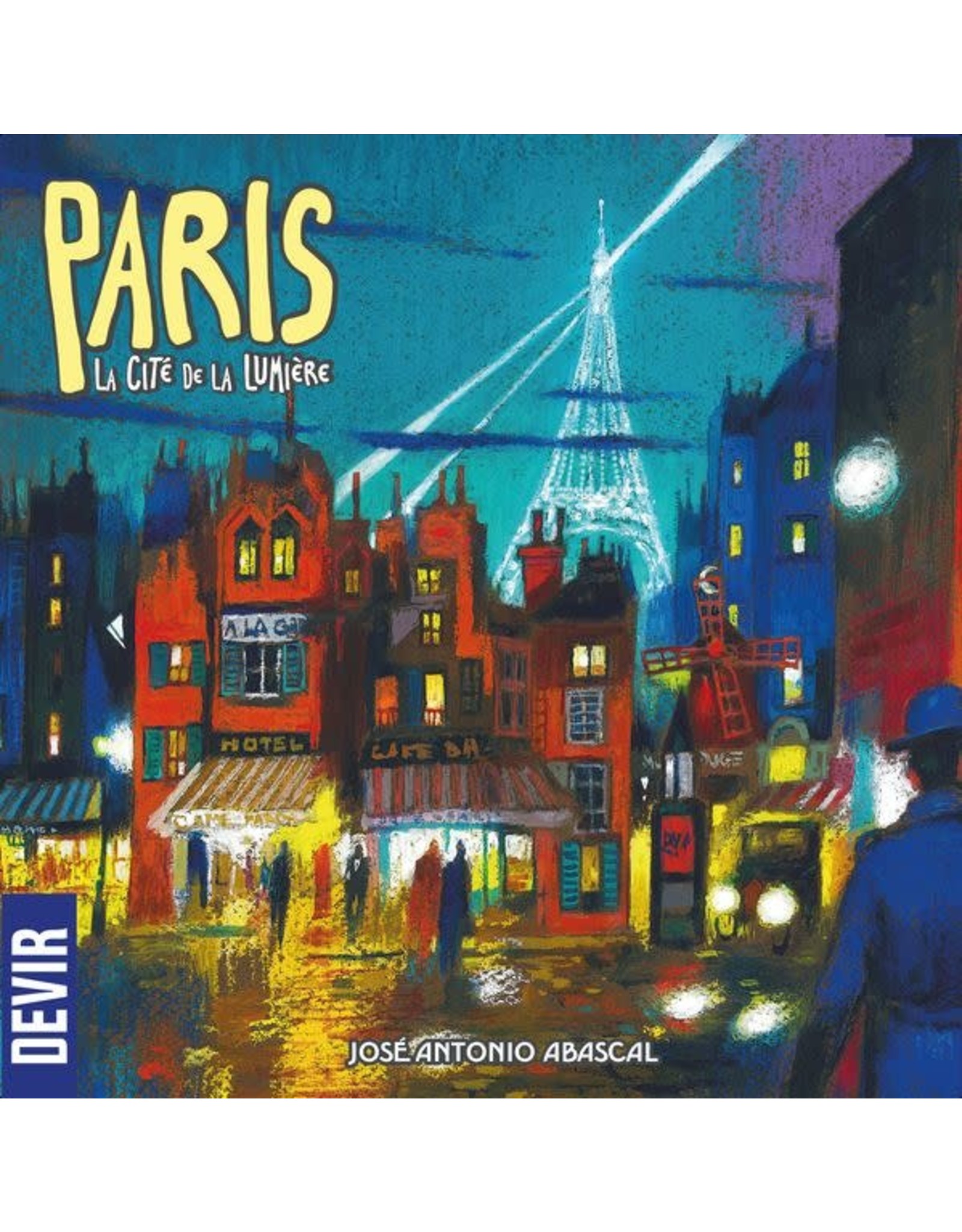 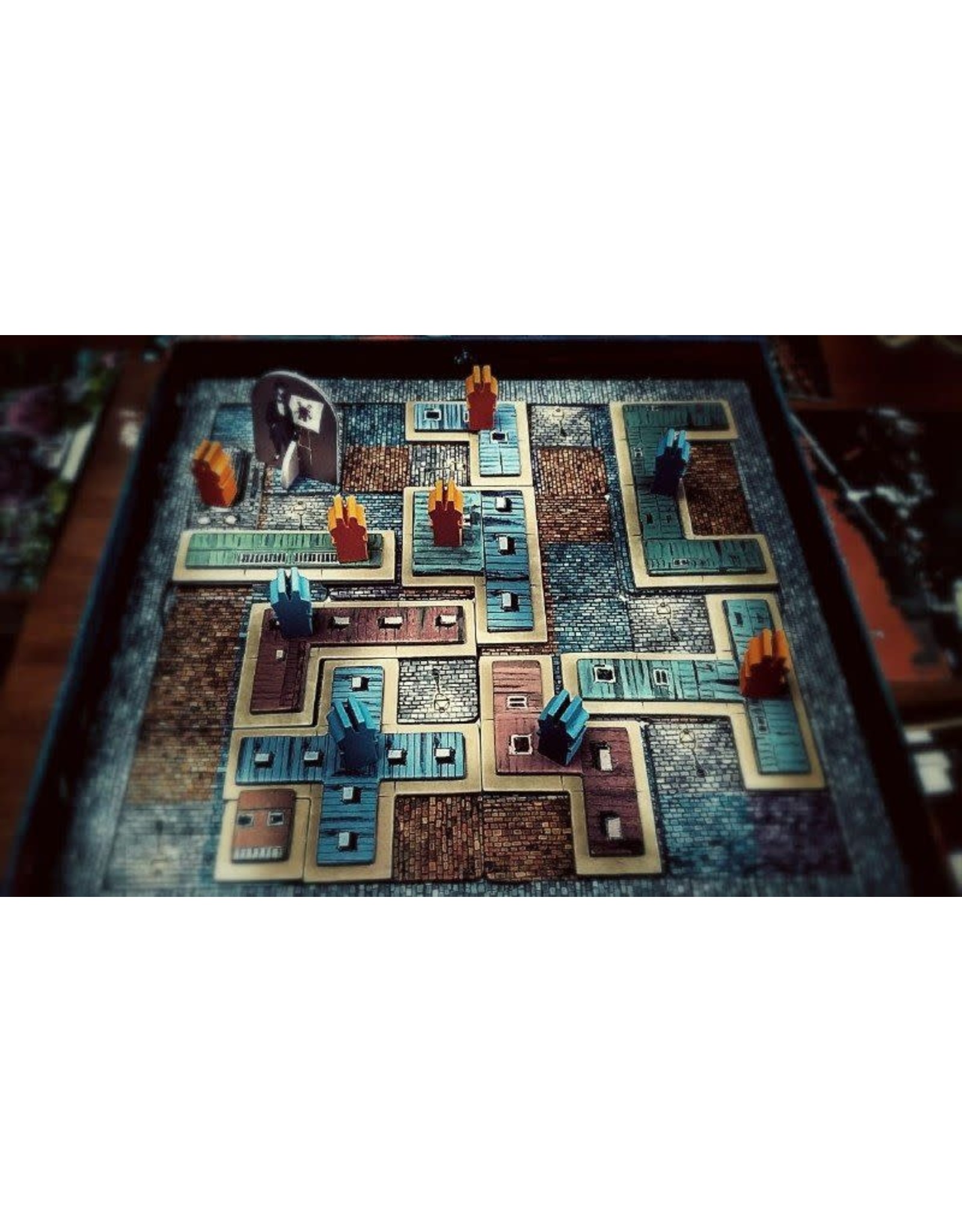 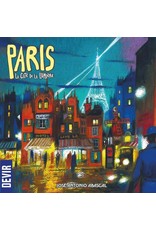 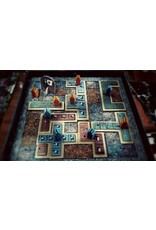 Paris: La Cité de la Lumière is a two-player board game, designed by José Antonio Abascal, infused with Parisian aesthetics by the artist, Oriol Hernández. The game is set in late 19th century Paris during the 1889 “Exposition Universelle”, when public electricity was a hot topic. Electricity spread throughout the city, creating today’s beautiful nocturnal Parisian streets and coining Paris’s nickname “La Cité de la Lumiére”, the City of Lights. The most well-lit buildings are admired highly by passers-by.

In the first phase, players can either place tiles or grow their reserve of buildings. The cobblestone tiles are divided into 4 random spaces (their colour, their opponents’ colour, a streetlight or a mixed-color space where either player can build). Then, in the second phase, players build on top of their colour or the mixed spaces, in effort to position their buildings as close to as many streetlights as possible. More streetlights solicit more adoration and points. The player with the best lit buildings steals the hearts of Parisian pedestrians and wins the game!

An easy-to-learn tile-laying game for two players with a short play time but plenty of forward-planning required.