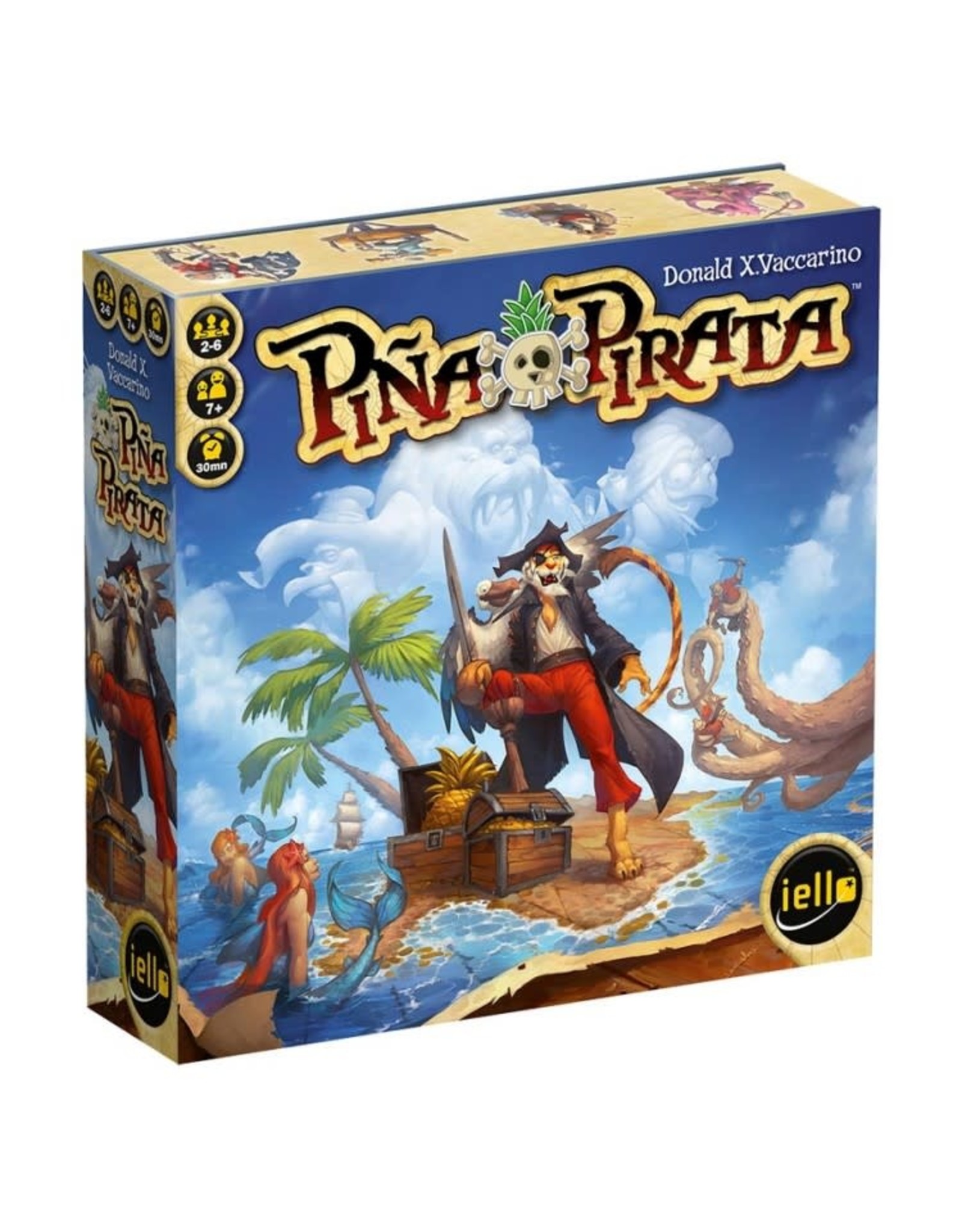 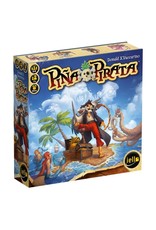 As captain of a pirate crew, your ultimate goal is to find the most incredible treasure of all times: the Golden Pineapple. The map leading to it has been cut in parts long time ago, and hidden in different places of the Caribbean Sea. In order to win the game, you will have to face and overcome all the other pirates also searching the Golden Pineapple map. Play your cards wisely to find the treasure and become a pirate of legends!

Piña Pirata is played in rounds. At each round, every player receives 8 cards. The goal is to be the first to get rid of all your cards.
At your turn, you must play one card, or draw one if you can't. A card can be played if at least one of the pirates depicted on it is also on the top card of the play area. As soon as a player has no more card in her hand, she wins the round and gets a part of the treasure map. If a player has all 4 map parts, he wins the game!

The tricky part comes from the Adventure tiles: At the beginning of the game, 2 tiles are revealed. Each of those Adventures is a new rule that will change the gameplay. There are more than 40 different tiles with a lot of different rules. Use them as their best to play more cards than you should or prevent the other players to play theirs!

At the end of each round, the winner chooses a new Adventure and adds it to the previous ones. The more the game is going, the more special effects are triggered for more and more fun!