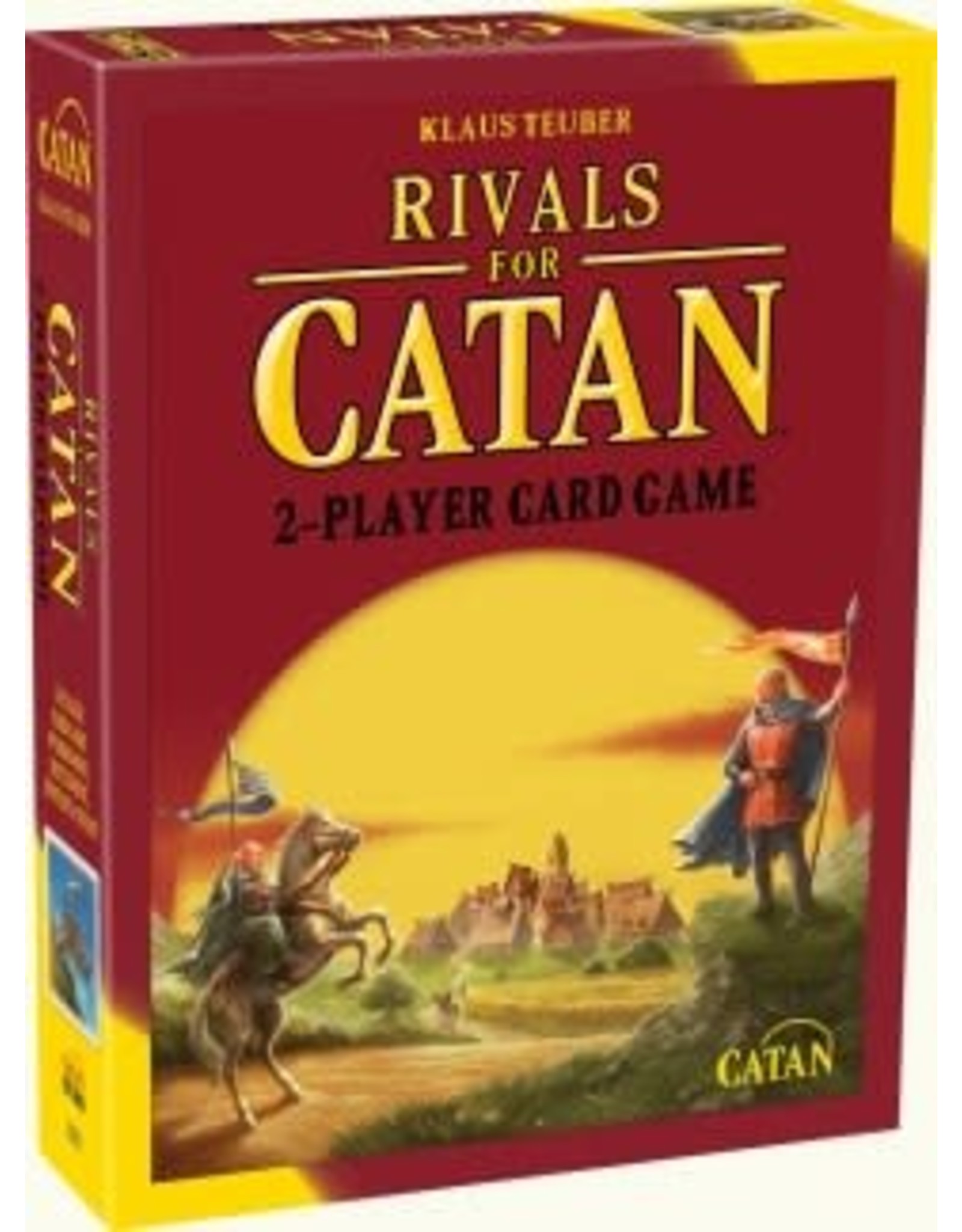 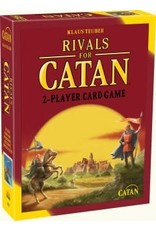 Submerge yourself into the bustling life on Catan - be the prince or princess of Catan and decide on the fate of its settlers. In addition to settlements, roads, and cities, you also construct the buildings where your subjects work, hire heroes that make your opponent's life as a gamer difficult, and build ships to boost your trade.

In “Rivals for Catan” you are building your principality with cards. Each player starts with a small principality consisting of two settlement cards connected by a road card.

Each settlement is diagonally adjacent to a region card. Each player has 6 regions where - should the dice roll result be favorable - he can harvest resources such as lumber, brick, and ore, just as in the “Catan” board game.

Each settlement is worth 1 victory point, and if you upgrade a settlement to a city, you receive another victory point. The easy-to-play Introductory Game, “The First Catanians,” takes about 30 minutes and is exclusively played with the cards of the Basic Set. The first player to have 7 (or more) victory points wins the game.

Simply using the resources you harvested to build roads and settlements or to upgrade settlements to cities won't be enough to come out the winner. It is also important that you place heroes, buildings, and trade ships above and below the settlements and cities, because these cards are important in the competition for the trade advantage and the strength advantage, both of which give you additional victory points and pave your road to victory.

Once you have mastered the Introductory Game, new challenges await you in the three Theme Sets of Rivals for Catan. Each Theme Set takes about 40 to 60 minutes and is played together with the cards of the Basic Set, which you are already familiar with at that point.

In the set “The Era of Gold,” the struggle for the trade advantage becomes more intense, and the resource “gold” gains in importance through new buildings. In “The Era of Turmoil,” Traitors, Archers, and Arsonists make the competition between you and your opponent a little tougher. The set “The Era of Progress” is more peaceful again; if you rely on the University, cards such as Three-Field System or Mineral Mining allow you to enjoy the fruits of progress and leave your opponent behind.

Once you have played all three Theme Games and are familiar with the cards, you should go for the Duel of the Princes. In Duel mode, you play with all Theme Sets, that is, with a slimmed-down version of them. This version of Rivals for Catan offers you and your opponent even more strategic and tactical possibilities and thus, even more exciting and sophisticated games.

The folk of your expedition build the first two settlements. Fortunately, the yet uninhabited land is rich in natural resources. You build roads and new settlements that eventually become cities. Will you succeed in gaining supremacy on Catan? Barter trad
Add to cart
Catan
$55.00