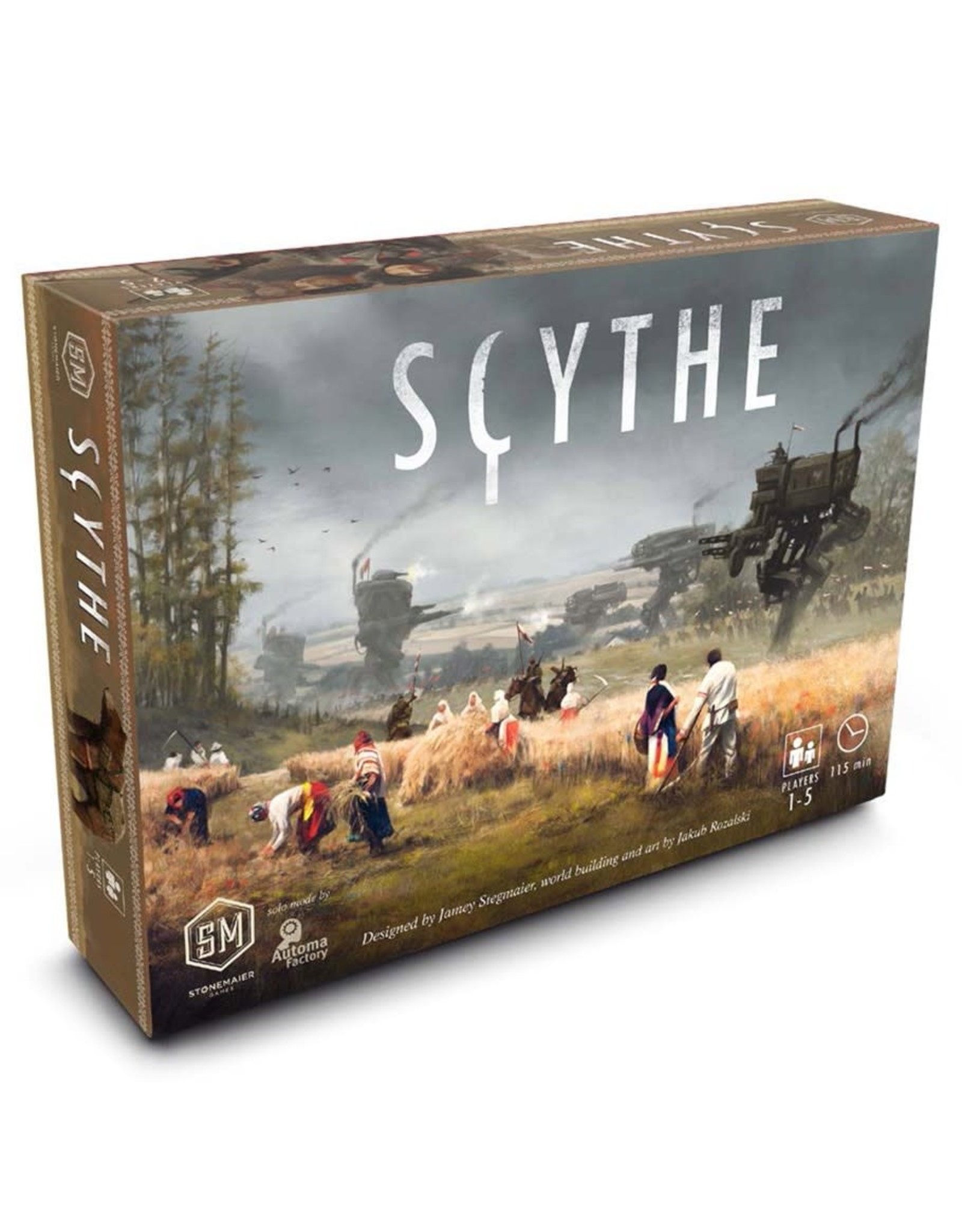 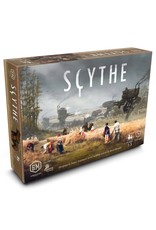 It is a time of unrest in 1920s Europa. The ashes from the first great war still darken the snow. The capitalistic city-state known simply as “The Factory”, which fueled the war with heavily armored mechs, has closed its doors, drawing the attention of several nearby countries.

Scythe is an engine-building game set in an alternate-history 1920s period. It is a time of farming and war, broken hearts and rusted gears, innovation and valor. In Scythe, each player represents a character from one of five factions of Eastern Europe who are attempting to earn their fortune and claim their faction's stake in the land around the mysterious Factory. Players conquer territory, enlist new recruits, reap resources, gain villagers, build structures, and activate monstrous mechs.

Each player begins the game with different resources (power, coins, combat acumen, and popularity), a different starting location, and a hidden goal. Starting positions are specially calibrated to contribute to each faction’s uniqueness and the asymmetrical nature of the game (each faction always starts in the same place).

Scythe gives players almost complete control over their fate. Other than each player’s individual hidden objective card, the only elements of luck or variability are “encounter” cards that players will draw as they interact with the citizens of newly explored lands. Each encounter card provides the player with several options, allowing them to mitigate the luck of the draw through their selection. Combat is also driven by choices, not luck or randomness.

Scythe uses a streamlined action-selection mechanism (no rounds or phases) to keep gameplay moving at a brisk pace and reduce downtime between turns. While there is plenty of direct conflict for players who seek it, there is no player elimination.

Every part of Scythe has an aspect of engine-building to it. Players can upgrade actions to become more efficient, build structures that improve their position on the map, enlist new recruits to enhance character abilities, activate mechs to deter opponents from invading, and expand their borders to reap greater types and quantities of resources. These engine-building aspects create a sense of momentum and progress throughout the game. The order in which players improve their engine adds to the unique feel of each game, even when playing one faction multiple times.

"Scythe is a wonderful, crunchy engine-building and territory-control game in which 1-5 players (or 1-7 with expansions) vie for control of territories represented by hexes on the board, as well as for control of the central territory, The Factory. The goal of the game is to have accumulated the most money by the end of the game. The game offers several routes for making money, but ultimately your placement on the popularity track determines how much money you score for each division. There are also a couple bonus ways to gain money, though I can’t cover everything here. In order to gain money during the game and set yourself up for making more money during end-scoring, you will play your drafted faction (each having its own unique abilities) in concert with your player board, upgrading each to release more workers and mechs and to upgrade the efficiency of your actions. Maximize your actions. It is one of the most important things in the game because you can’t use the same action slot two turns in a row (except if you’re playing the Rusviet faction), and any time you can do both the top and bottom action of a given slot is almost always the right answer. During the game you will place workers, produce resources, engage your leader and mechs in combat with opponents, hold territories, and accrue money—not to mention your leader will have encounters with the natives of the land your factions vie to control.

Who is this game for? If you don’t mind taking a minute to set up the game as well as learn it, then you’re already off to a good start. The game usually takes a couple hours, especially the first time, but if you love having lots of options in terms of factions with unique powers and player boards that are differently arranged and configured from one to the next, then you’ll like Scythe. I like Scythe the way that I like Root or Brass Birmingham, though it shares more with Root. The game has diplomacy and combat, as well as beautiful miniatures and artwork.

Who is this game not for? If you are not a fan of war games or heavy engine-building, then Scythe might not be your game. Also, if the time stamp on the game give you too much pause, then I might recommend looking elsewhere." 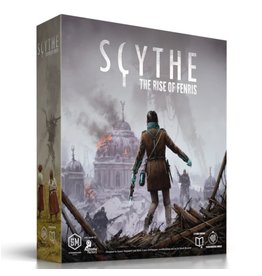 Empires have risen and fallen in the aftermath of the Great War, and Europa stands on the precipice of a new era. The economy is robust, morale is high, and defenses are strong. There are reports from the countryside of strange soldiers with glowing eyes,
Add to cart
Scythe: The Rise of Fenris
$55.00

While empires rise and fall in Eastern Europa, the rest of the world takes notice. Two distant factions, Albion and Togawa, send emissaries to scout the land and employ their own distinct styles of conquering.
Add to cart
Scythe: Invaders from Afar
$30.00 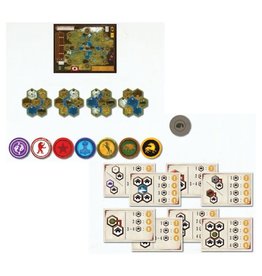 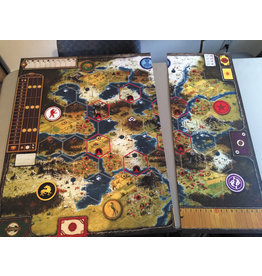 This board extension for Scythe slides next to the back side of the standard game board, creating a complete board with 70% bigger hexes.
Add to cart
Scythe Board Extension
$12.00 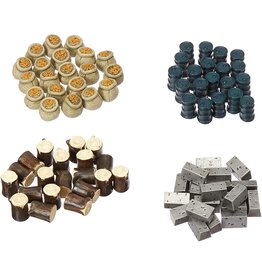 These realistic resource tokens replace the wooden tokens in the retail, special edition, and premium versions of Scythe. They include 80 tokens (20 each) for oil, wood, metal, and food, and they're made out of resin and metal (depending on the token).
Add to cart
Scythe: Realistic Resources
$30.00 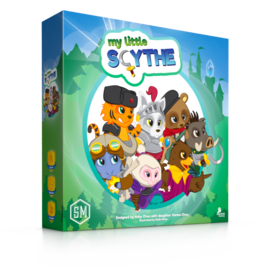 My Little Scythe is a competitive, family-friendly game in which each player controls 2 animal miniatures embarking upon an adventure in the Kingdom of Pomme.

In an effort to be the first to earn 4 trophies from 8 possible categories, players take turn
Add to cart
My Little Scythe
$50.00