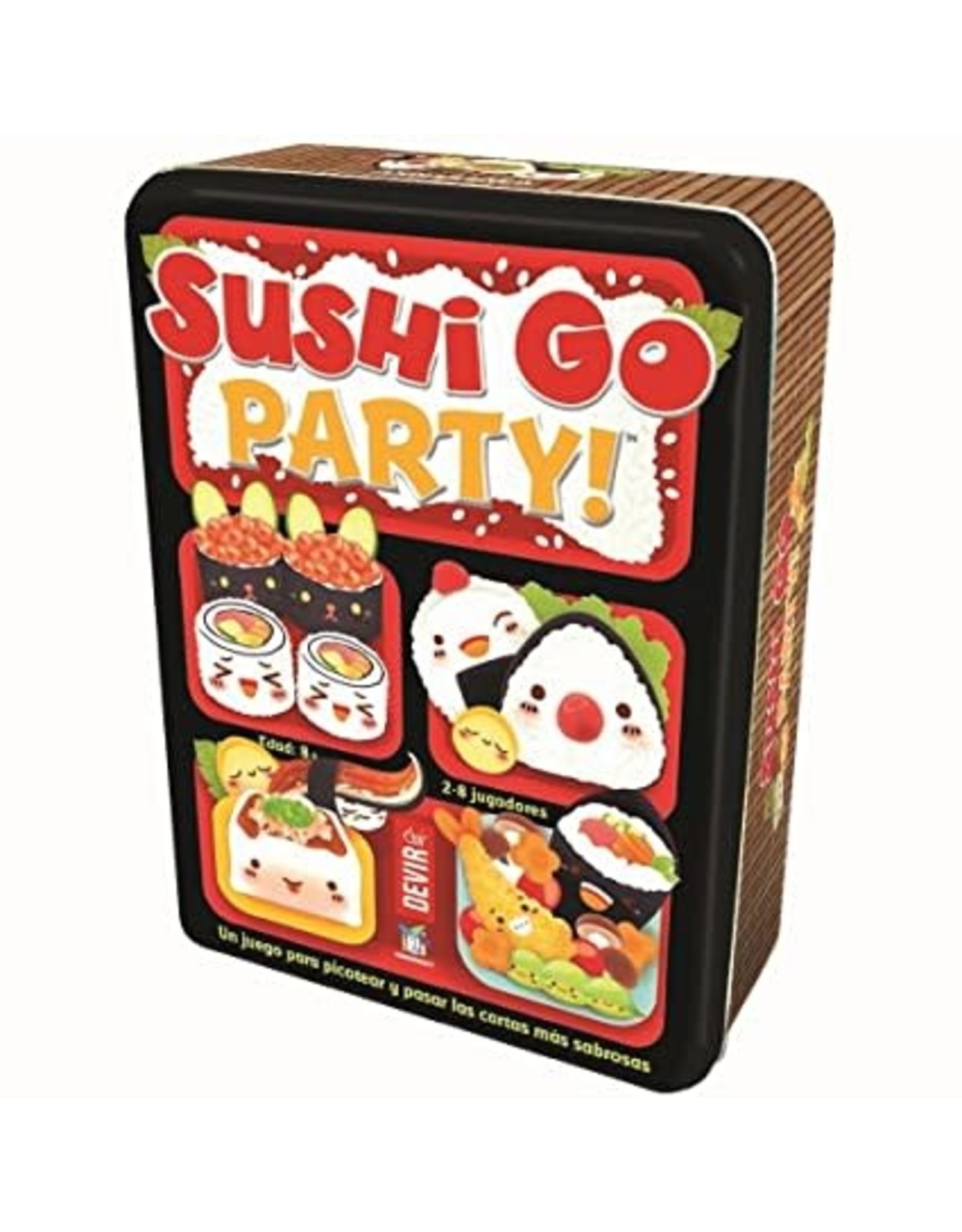 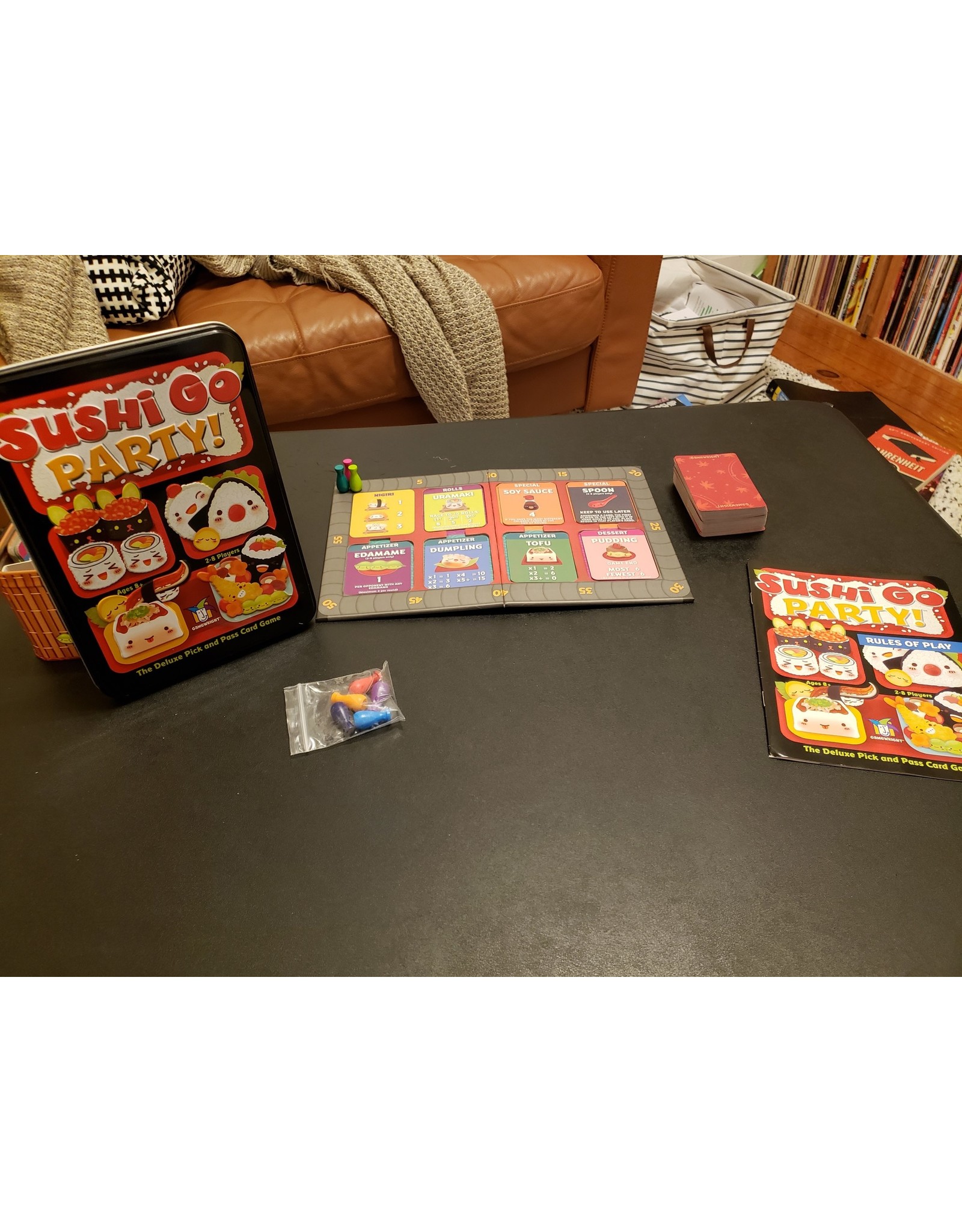 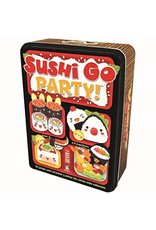 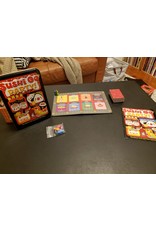 It's a party platter of mega maki, super sashimi, and endless edamame in this expanded version of the best-selling card game. You still earn points by picking winning sushi combos, but now you can customize each game by choosing a la carte from a menu of more than 20 delectable dishes. What’s more, up to 8 players can join in on the sushi-feast… let the good times roll!

"Sushi Go Party! is a super fun drafting game in which players vie for points by collecting different types of sushi or other various sushi menu items. It was also one of the first games I ever got for my collection, and has been played dozens of times since then. One of my favorite parts of the game is the playful hate drafting that takes place, as you choose one card from a hand and then reveal that card as your pass your hand to the next player. If someone sees you trying to collect enough shrimp tempura to score a set, they can then start drafting all the shrimp tempura they find in order to prevent you/the other player from getting their set, while also trying to score some points for themselves potentially. The mechanics are simple, but the decisions you'll make can get a little tricky. It's an amazing game for loosening everyone up for game night or to bring home to the family or friends for Thanksgiving.

Who is this game for? Anyone looking for a good warm up game/family game for game night, as you can play a couple rounds in a pretty short amount of time. Also, this game is for anyone who loves adorable art style and set collection/drafting.

Who is this not for? Anyone who hasn't had lunch yet because you will be taunted by the delicious looking sushis and desserts. Also, if you're not looking for a party or a straightforward family game, then you may give this a pass, as it is fairly light mechanically." 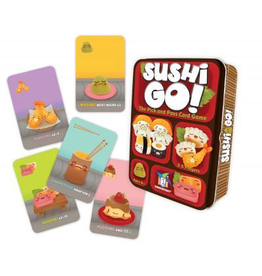 The Pick and Pass Card Game
Pass the sushi! In this fast-playing card game, the goal is to grab the best combination of sushi dishes as they whiz by. Score points for making the most maki rolls or for collecting a full set of sashimi. Dip your favorite n
Add to cart
Sushi Go!
$12.99