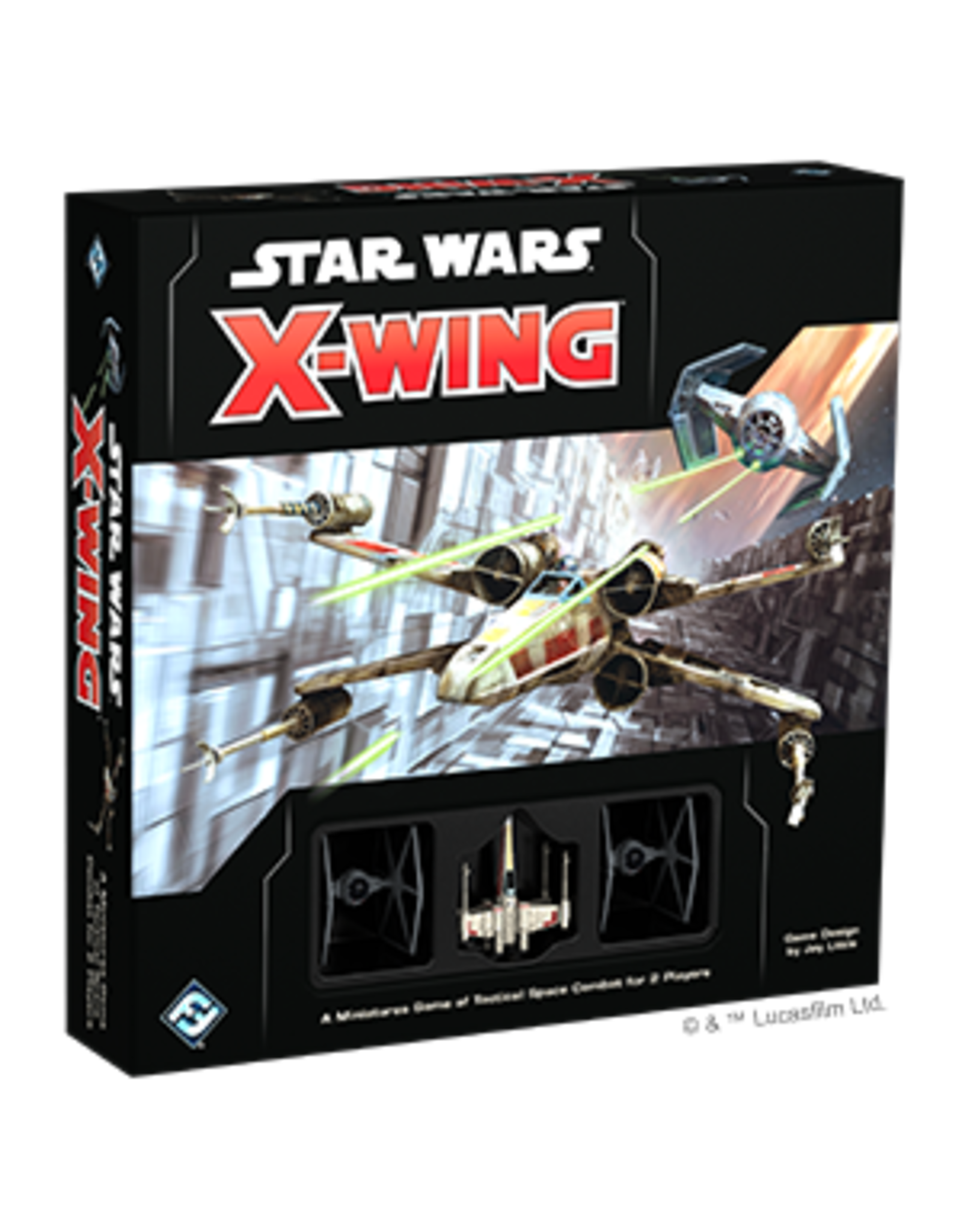 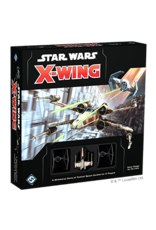 Enter the next era of interstellar combat in the Star Wars galaxy! Out of the X-Wing Second Edition Core Set, you can start to assemble your own squadron of iconic starfighters from across the Star Wars saga and engage in fast-paced, high-stakes space combat with iconic pilots such as Luke Skywalker and Iden Versio. With refined gameplay that focuses on the physical act of flying starships, X-Wing Second Edition lets you create your own Star Wars space battles right on your tabletop. Intuitive mechanics create the tense atmosphere of a firefight while beautifully pre-painted miniatures draw you deeper into the action. Man your ships and enter the fray!

The X-Wing Second Edition Core Set contains two TIE/ln fighter miniatures and one T-65 X-wing miniature, along with all of the maneuver templates, dials, cards, dice, and rules that you need to play the game.

And the following TIE/ln Ship Cards:

And the following Upgrade Cards:

"Star Wars X-Wing is a great war game for 2 players, though I have played with more than two before. It was pretty brutal, as it was my first time playing, and I was up against Darth Vader and General Grievous, but I had a blast nonetheless, playing Luke Skywalker and Chewy. It appealed to me because I already love Warhammer, and X-Wing is a very similar game in terms of the overall feel of play, but it offers a uniquely Star Wars experience at the same time. You have to manage each of your ships' movement as well as abilities and upgrades displayed on cards like what come in this starter kit, and the detail on the miniatures really helps to set the atmosphere. It can be a little different to learn, as it has more flexibility in the ruleset due to its nature, and I'd recommend giving yourself a couple games to learn the ropes well enough to do any sort of competitive play. All in all, it is a super fun game!

Who is this for? Anyone who is into a good blend of tactics and strategy and beautiful miniatures, some of which have moving parts. Also, this game is for anyone who loves Star Wars, but especially the ships and space battles in Star Wars. If you already like war games like Warhammer or Star Wars Legion, then this is a good choice.

Who is this not for? If you're looking for something Star Wars themed, but not heavy, then X-Wing might not be the right fit, as it does require some time dedication both to learn and to play. Also, if you're looking for a more traditional board game experience, then X-Wing might be a bit of a surprise, as it doesn't really fall under the traditional board game category." 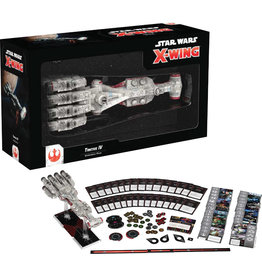 With its powerful broadside batteries and advanced command capabilities, the CR90 Corellian Corvette has served as the cornerstone of strike forces since the days of the old Republic. Now these vessels are among the Rebellion’s most valuable warships, sli
Add to cart
SW X-Wing 2E Tantive IV
$99.95 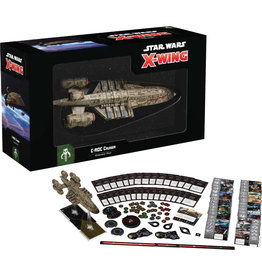 The C-ROC Cruiser is the heaviest vessel available to many criminal operations, cartels, and syndicates in the Outer Rim, capable of carrying massive weapons batteries and unique dirty tricks that keep it one step ahead of the law. Whether it is hauling i
Add to cart
SW X-Wing 2E C-ROC Cruiser
$99.95 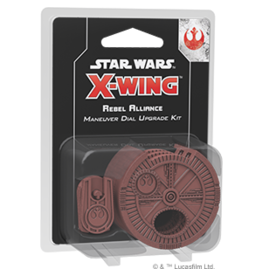 During every game of X-Wing Second Edition, you and your opponent
Add to cart
SW X-Wing 2E Rebel Maneuver Dial
$9.95 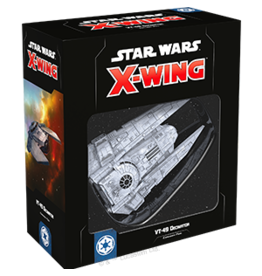 A durable vessel capable of independent patrols, the VT-49 Decimator’s size and power blurred the line between shuttle and corvette—but the same qualities that endeared it to up-and-coming Imperial officers also made it useful to agents of the Emperor, un
Add to cart
SW X-Wing 2E VT-49 Decimator
$39.95 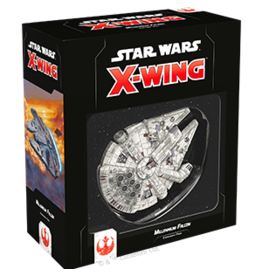 After winning the ship that would become legend from Lando Calrissian, Han Solo and Chewbacca made several special modifications to the Millennium Falcon for their smuggling career. Now, these scruffy-looking smugglers turn their efforts to defeating the
Add to cart
SW X-Wing 2E Millenium Falcon
$39.95 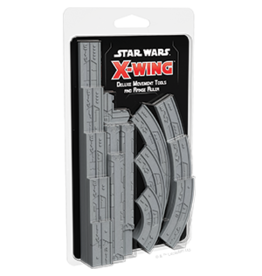 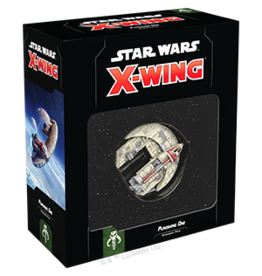 The JumpMaster 5000 is the chosen vessel of Dengar, a vengeful bounty hunter feared across the galaxy. With a nimble turret and potent engines that give it an unpredictable flight pattern, Dengar's Punishing One can keep pace with even the most desperate
Add to cart
SW X-Wing 2E Punishing One
$29.95 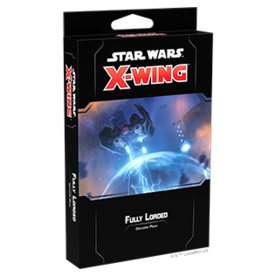 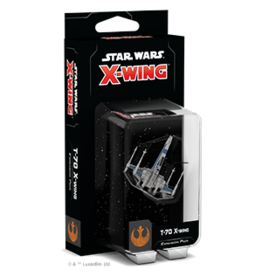 Upgraded for maximum tactical flexibility, the Incom-FreiTek T-70 X-wing can equip a wide variety of astromechs, weapons, and other customizations preferred by individual pilots. These heroes of the Resistance Starfighter Corps have used their X-wings to
Add to cart
SW X-Wing 2E T-70 X-Wing
$19.95