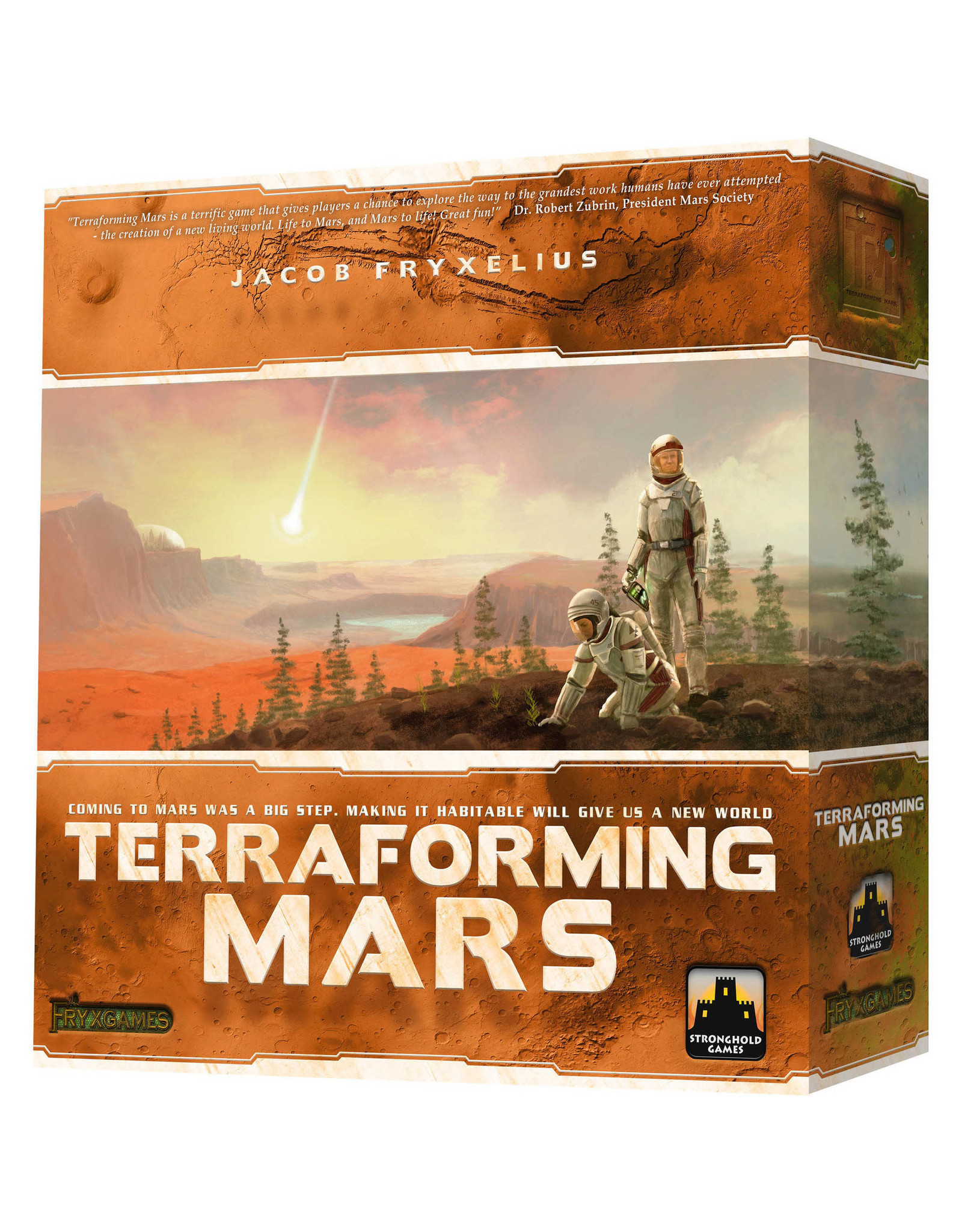 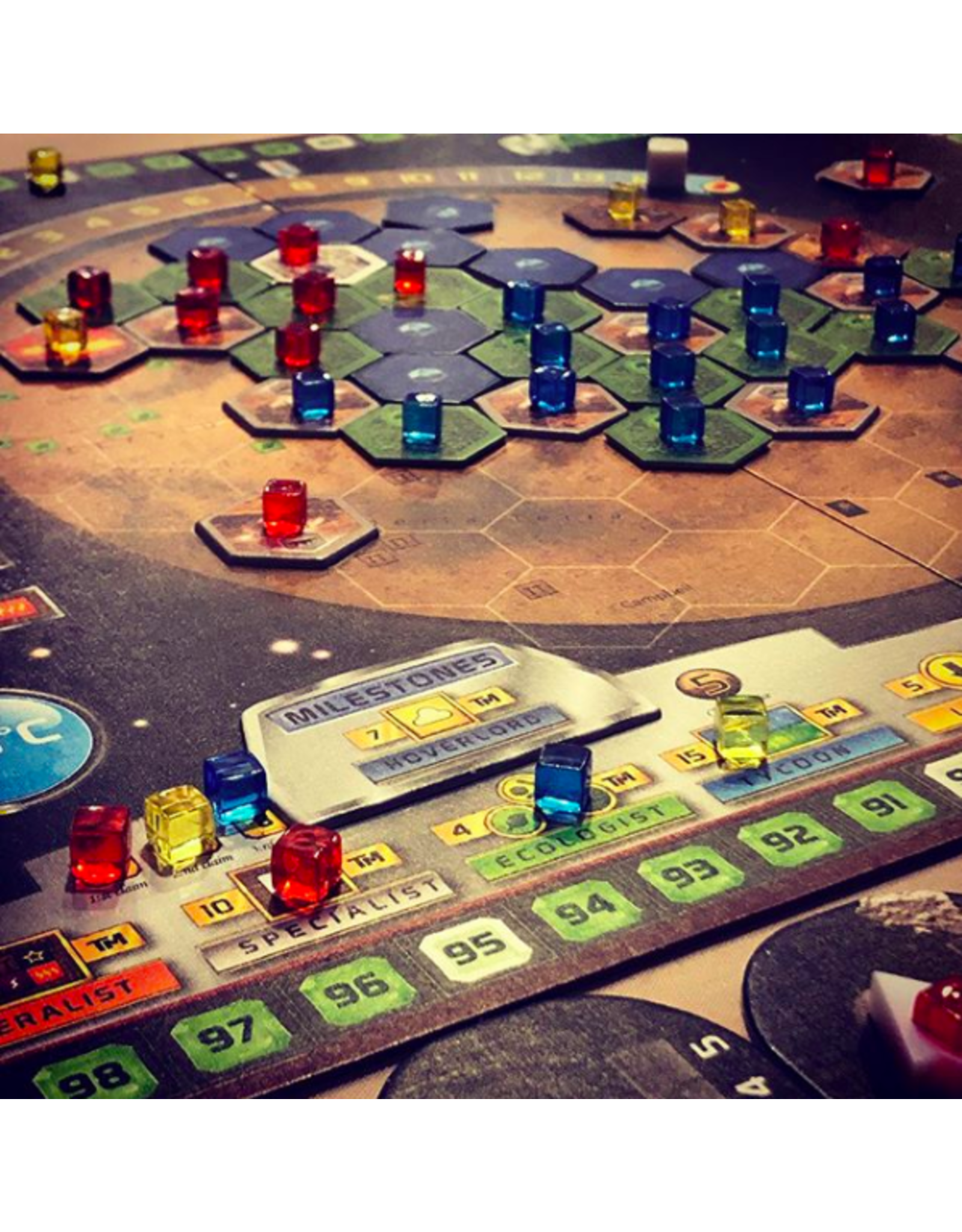 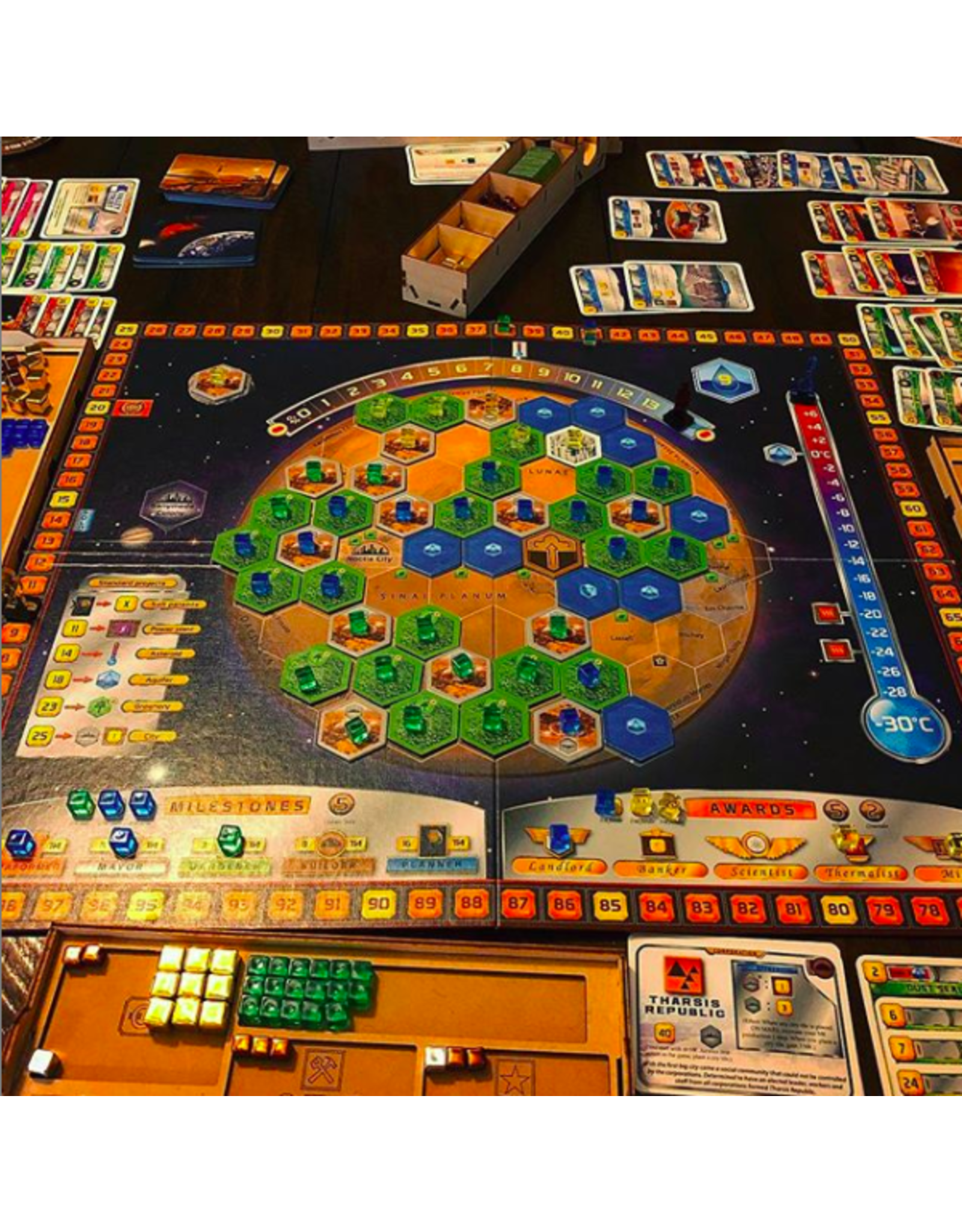 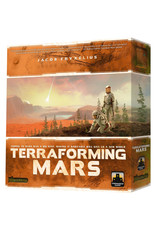 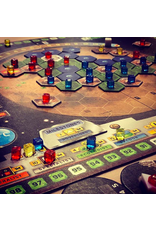 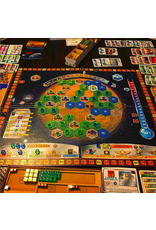 In the 2400s, mankind begins to terraform the Planet Mars. Giant corporations, sponsored by the world government on earth, initiate huge projects to raise the temperature, the oxygen level and the ocean coverage until the environment is habitable. In Terraforming Mars you play one of those corporations and work together in the Terraforming process, but compete in doing the best work, with victory points awarded not only for your contribution to the Terraforming, but also for advancing human infrastructure throughout the solar systems and other commendable achievements. The players acquire unique project cards, which represent anything from introducing plant life or animals, hurling asteroids at the surface, building cities, and establishing greenhouse gas industries to heat up the atmosphere. You compete for the best places for your city tiles, ocean tiles and greenery tiles. When the Terraforming process is complete, the player Corporation with the most victory points wins.

"Terraforming Mars is, without question, my favorite board game of all time. Since I have started logging games in January of 2019, I have played Terraforming Mars 141 times. This number includes the base game, various combinations of expansions, and playing the solo mode. Terraforming Mars is a heavy, economic, strategy game based on the idea of terraforming the red planet.

In Terraforming Mars, each player starts with a corporation which gives that player a unique starting ability and starting resources. Players will then buy (or draft and then buy) project cards, which can represent anything from introducing plant life, building cities, adding oceans or launching asteroids at the surface of Mars. These projects can give you immediate bonuses as well as increasing your production of one of the games’ economic resources. The game ends when Mars has been successfully terraformed and the player with the most victory points is declared the winner.

I love the huge amount of variability this game provides, especially when you begin to incorporate the expansions. It is true, that you may at one point be stuck with cards that do not help your particular engine, but part of the fun for me is making the “broken” combinations of cards work to my advantage.

Terraforming Mars is a game for people who love engine-building, enjoy lots of variability and relish long-term strategic planning.

If space exploration isn’t for you, check out Underwater Cities which has a similar feel to Terraforming Mars."