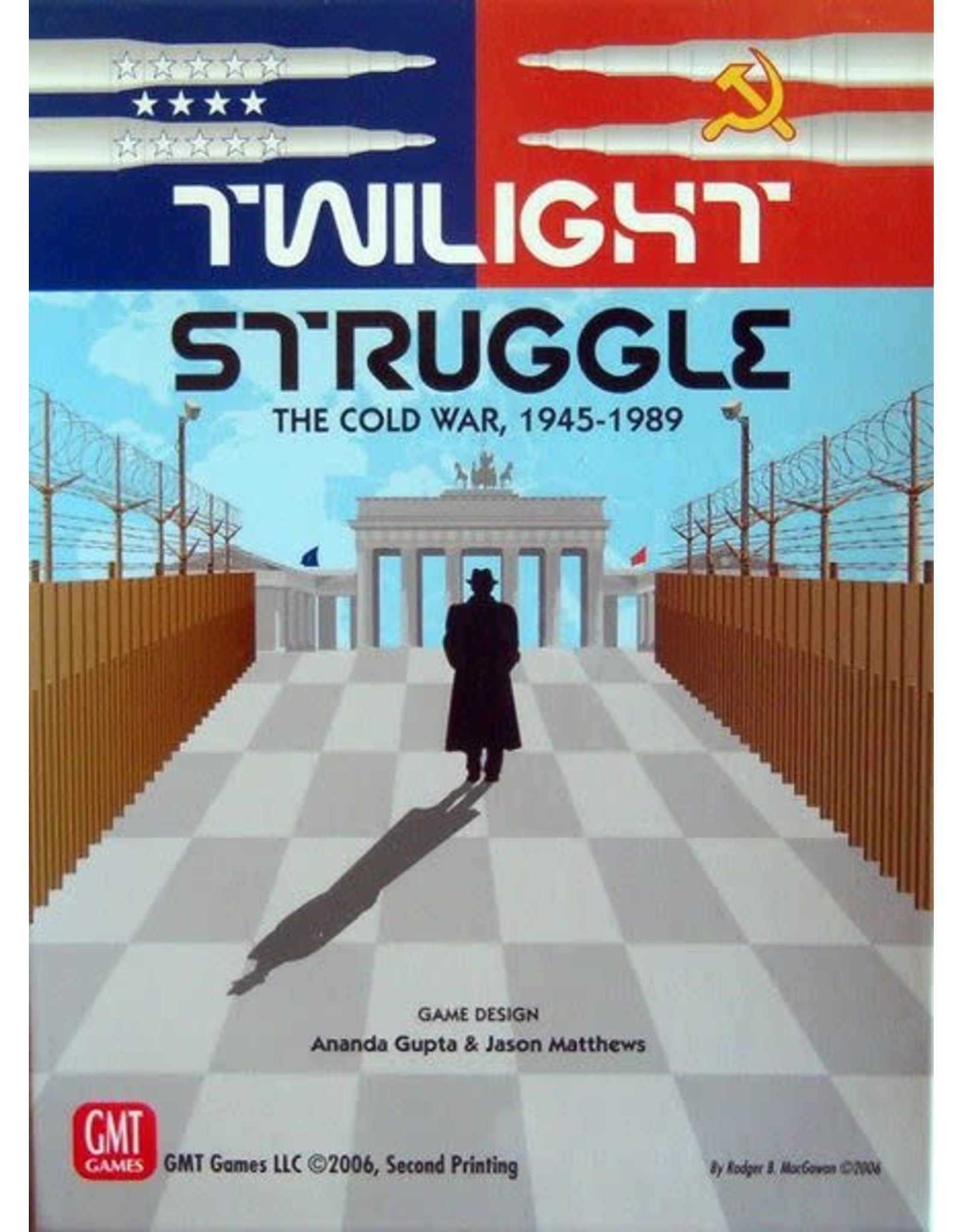 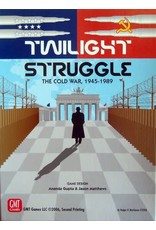 In 1945, unlikely allies toppled Hitler's war machine, while humanity's most devastating weapons forced the Japanese Empire to its knees in a storm of fire. Where once there stood many great powers, there then stood only two. The world had scant months to sigh its collective relief before a new conflict threatened. Unlike the titanic struggles of the preceding decades, this conflict would be waged not primarily by soldiers and tanks, but by spies and politicians, scientists and intellectuals, artists and traitors.  The entire world is the stage on which these two titans fight to make the world safe for their own ideologies and ways of life. The game begins amidst the ruins of Europe as the two new "superpowers" scramble over the wreckage of the Second World War, and ends in 1989, when only the United States remained standing.

Twilight Struggle seeks to capture the feeling of  that earlier era.  Twilight Struggle is a two-player game simulating the forty-five year dance of intrigue, prestige, and occasional flares of warfare between the Soviet Union and the United States. Using the card-driven game mechanics pioneered in such award winning games as We the People and Hannibal: Rome vs. Carthage, Twilight Struggle recreates the conflict between the most powerful nation states the world has ever known. The scope of the game covers the entire world as it was found in 1945.  Players move units and exert influence in attempts to gain allies and control for their superpower. As with GMT's other card-driven games, decision-making is a challenge; how to best use one's cards and units given consistently limited resources? Twilight Struggle's Event cards add cover a vast array of historical happenings, from the Berlin Airlift, to the Vietnam War and the U.S. peace movement, to the Cuban Missile Crisis.

Game Features (Please note that GMT's Time Scale refers to how many years are simulated by one turn. The game takes about 3-5 hours to play. Also please keep in mind that GMT has a reputation for publishing very involved games, so their complexity scale is how they rate Twilight Struggle within their own catalogue of games) 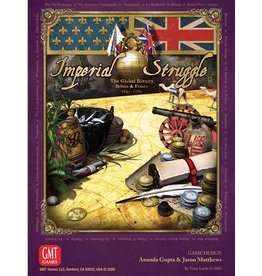 “What I gained by being in France was learning to be better satisfied with my own country.” - Samuel Johnson

“England has forty-two religions and only two sauces.” - Voltaire

In 1697 the Sun King, Louis XIV, emerged from a decade of war with his Con
Add to cart
Imperial Struggle
$59.00